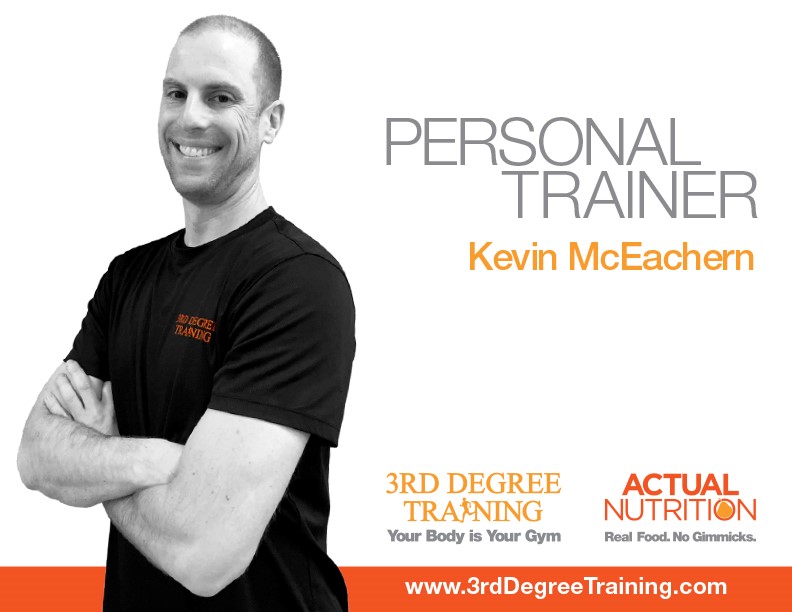 A simple Google search in the middle of the night was all it took for Kevin McEachern to begin a career in an industry he loved. Having recently been laid off from his job in the hospitality sector, McEachern was in search of the next big thing and thought franchising would be right up his alley.

“I’ve always been fascinated with small business ownership,” McEachern says. “When I started researching the franchise business model, I became even more enamored with the concept. Use an established model, mitigate risks, and ease myself into owning a business with a template already in place – it just seemed like the best way to go.”

Bored one night while channel surfing, McEachern picked up his phone and Googled ‘nutrition franchises in Canada.’ One of the first results was the Canadian Franchise Association’s online franchise directory, LookforaFranchise.ca. In a matter of seconds McEachern was on the site looking at nutrition franchises expanding in the country. That’s when he came across 3rd Degree Training | Actual Nutrition.

Founded by Steve Collette in 2008, the Atlantic Canada franchise offers members seeking to improve their health a wide-range of fitness programs led by certified trainers. Coupled with a health program where nutrition fundamentals are taught and tailored to each individual’s needs by Registered Dietitians and Certified Nutritionists, the growing franchise has attracted Canadians throughout Prince Edward Island, New Brunswick, and Nova Scotia.

A health enthusiast himself, McEachern was drawn to the franchise for several reasons. Not only did it combine his passion for fitness and nutrition, but making a financial investment in the business was a feasible option.

“After you do some franchise research you realize you need a lot of free cash just for an initial investment,” he says. “3rd Degree’s franchise fees were not as cost prohibitive as I thought they would be. I realized that going into business with them would be very doable for me and that’s what got me from Point A to Point B.”

For McEachern, this meant going from a passive prospective franchisee to an active one. He completed the Information Request Form on 3rd Degree’s listing page to obtain additional information directly from the franchisor.

“I just typed in my info and pressed submit,” McEachern says. “I didn’t know what to expect but it took five minutes of my time. The next day I got an e-mail from Steve and we started having regular and serious conversations about me opening my own centre.”

Fast-forward to February 2017 and McEachern was opening his first location in Saint John, New Brunswick, joining the emerging franchise system as the sixth franchisee. And if you ask him why he decided to reach out to the franchise via LookforaFranchise.ca, he’ll tell you it all came down to reputation.

“If I had just gone directly to 3rd Degree’s website, I would have had to trust that their information was factual,” he says. “When you show up on a third party site like the CFA’s, you know they are legitimate. LookforaFranchise.ca gave me the feeling that this franchise was a reputable brand, and that first impression was worth everything!”