March 4: Franchise Development in the New… 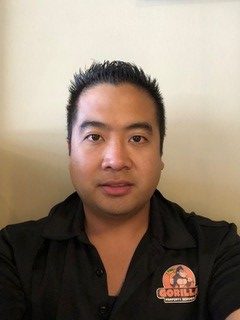 Sometimes the road to franchise success is long and winding. But for many, like Gorilla Property Services franchisee, Pascal Quindipan, even with a few bumps along the way, in the end it’s all worth it.

“I’m in a position where now I get to finally run my own hours and days. I get time to spend with my family.”

And that wasn’t always the case.

Taking a trip down memory lane, Pascal recalls where his journey all began: “I was in retail and worked nights and weekends for a number of years”, he lamented “Working at Telus I held a variety of positions, working my way up to management, before starting my own business.”

But as any startup owner will tell you, launching a business from scratch is fraught with risk.

And no one knows this better than Pascal. Just three years after opening the business he spent a considerable amount of time building, it all crumbled, taking down his dream of business ownership with it too.

“I took a couple of years off after that. I went back into telecommunications and then switched industries.”

For all intents and purposes, his move into business ownership seemed like a setback, a move in the wrong direction.

Until, that is, he attended the CFA’s Franchise Canada show.

Passion refueled, dream reignited, he set off for the Franchise Canada show in Vancouver, but this time he decided not to go it alone. With a ticket to Canada’s most credible franchise exhibition in hand, Pascal wanted to start a business for himself but by no means by himself.

“I started looking around for a franchise opportunity and ended up meeting into Mike Mutsaerts [Director of Franchise Development] from Gorilla Property Services.”

It was the turning point for Pascal; just three months later, he successfully achieved his dream of business ownership.

Celebrating a hard-earned milestone, a year has passed since Pascal found success as a Gorilla Property Services franchisee.

Now a typical day for the Richmond native can include anything from driving to a new site, working on a client’s property (while enjoying the beautiful weather), or managing a team of eager trainees.

It’s a business he couldn’t be happier to be a part of not only because it’s low-cost compared to other franchise investments but because he can benefit from being part of a system and drop off any mental baggage that comes with starting a business at the door.

“It’s not like I have to open the business, grow and go through that painful phase. Being in a franchise, it’s already up and running and the support from head office is already there.”

Today, Pascal not only gets to be his own boss, he gets the freedom to be with the ones he loves the most. And while the journey was by no means easy, it’s clear that franchising can provide a path to success that, in the end, makes it all worth it.