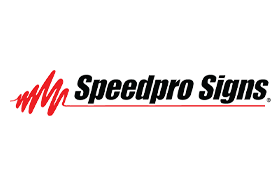 “Signs don’t cost money, they make money!” says Joanne Ruston, winner of Speedpro Canada’s Franchisee of the Decade.  She says it in reference to what signs do for her customers of course. But it has been true for her franchise too.

Ruston was also recognized in the July 2009 Business in Calgary magazine as one of the city’s “Leaders of Tomorrow.”

When asked how her franchise has been so successful in Calgary during a decade of economic downturn, Ruston believes it is her team’s customer focus.

“I think it is because we have trained our staff to act as sign consultants, not just order-takers,” says Ruston. “People often don’t know what they want when they come to us. We try to understand what they need, whether it is brand awareness, directions, or advertising their services.”

“Many times we are guiding the customer to the right sign solution,” she adds. “We don’t assume that what the customer asks for initially is the what they need or is the best solution. We ask a lot of questions.”  The franchise’s 107 5-Star GOOGLE Reviews suggests that this approach results in happy customers.

“Speedpro North’s constant effort to develop our corporate brand in Calgary North East has brought the franchise and our entire network success,” says Stuart Burns, President of Speedpro Canada which has 48 franchises. “Calgary’s Speedpro North has developed hundreds of business relationships that associate Speedpro Signs as the source for exceptional service solutions.”

An avid networker and community supporter, Ruston says the franchise provides signage every year for the Kidney Foundation fundraisers and adopts an additional charity each year to assist as volunteers and with signage. Her husband and Production Manager, Joe Yee, also mentors other Speedpro franchise owners to help their franchises grow and succeed too.

In a time of a lot of economic bad news in Calgary, Speedpro Signs North continues to demonstrate that strong leadership and customer-focused high quality service still leads to success.

The Greater KW Chamber Gala Awards a Success for Driverseat

Chocolate fudge, peppermint and sprinkles – part of the essential Yuletide treats menu at Baskin-Robbins this December