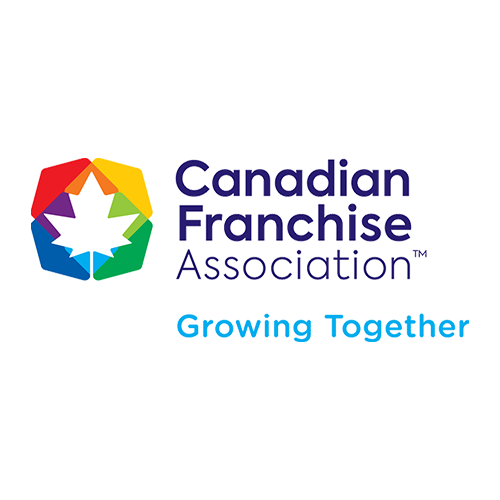 Kelly-Anne Pelly doesn’t mind being sandwiched among the world’s best franchisees. The Subway® Restaurants Canada franchisee won Gold for Best Franchisee of Canada and represented Canada as the country’s finalist at the recent Best Franchisee of the World event in Florence Italy.

Kelly-Anne, a member of Canadian Franchise Association (CFA), also won Gold for the CFA’s 2019 Franchisee of the Year in the Traditional Category.

The CFA is the Canadian sponsor for the Best of Franchisee of the World, in partnership with Business Exchange and MFV Expositions. In addition to crowning the Canadian finalist, a representative (John DeHart, Chair of the CFA Board of Directors and Co-Founder of LIVE WELL Exercise Clinics and Nurse Next Door) was on the panel of judges to determine the winner of The Best Franchisee of the World. Alongside the CFA, judges were from the United States, Mexico, Brazil and Austria/Germany.

While Kelly-Anne won Gold for the Best Franchisee of Canada, Paul and Lyne Bimm from Two Men and a Truck won Silver, and Seema Ahluwalia from Oxford Learning Centre won Bronze. These winners received this recognition through reaching economic success, customer service excellence and much more.

“Winning the award was definitely a shock, and surprising, because I don’t think I’m really any more special than anyone else. It was definitely confirmation that maybe I am doing a good job,” Kelly-Anne says. “We attend as many local, regional, and national conventions as possible, to make sure we always stay on top of what’s new and how we can make improvements in our restaurants,” she adds.

“From growing her small business and taking an active role in her community to personally connecting with guests and employees to ensure a healthy, happy workplace, Kelly-Anne exemplifies Subway® Canada core values at every touchpoint,” says Cristina Wells, Country Director, Subway® Canada. “Kelly-Anne is a true business leader whose hard work deserves to be recognized with such a prestigious title.”

“The Best Franchisee of Canada winners are extraordinary and we congratulate them for achieving global recognition of their excellence,” says Sherry McNeil, CFA president and chief executive officer. “We are so proud of our members’ success in this competition – they are a testament to the CFA’s mission of helping everyday Canadians realize the dream of building their own businesses and helping our Canadian franchise community grow.”

Being a franchisee is very much a part of Kelly-Anne’s identity. She is part of a family with three generations of franchisees and has been a Subway® franchisee since she was 20 years old. Together with her husband, James, and their daughter, Emily, Kelly-Anne went from running a single restaurant in Corner Brook, NL, to running six restaurants across the west coast of Newfoundland. In 2017, they purchased nine more restaurants in Cape Breton, Nova Scotia, where they grew up.

About the Canadian Franchise Association

The Canadian Franchise Association (CFA) helps everyday Canadians realize the dream of building their own business through the power of franchising. CFA advocates on issues that impact this dream on behalf of more than 700 corporate members and over 40,000 franchisees from many of Canada’s best-known and emerging franchise brands. Beyond its role as the voice of the franchise industry, CFA strengthens and develops franchising by delivering best-practice education and creating rewarding connections between Canadians and the opportunities in franchising. Canadian franchises contribute over $100 billion per year to the Canadian economy and create jobs for more than 1.9 million Canadians. Learn more at: www.cfa.ca or www.FranchiseCanada.online.

About Best of Franchisee of The World

Best Franchisee of the World is a series of national events culminating in an international event in Florence, Italy celebrating franchisees from around the world. Winners were evaluated on how has franchising impacted their family, their future, and their community? Nominees submitted by their franchisor could win a national title, or even Best Franchisee of the World. MFV Expositions is invested in highlighting the extraordinary people that are changing the franchising industry and changing the world. The franchisee finalist, their franchisor, their judge, and their franchise association representative all received all-expense paid trips for two to Florence for the world event. Learn more at: www.bestfranchiseeoftheworld.com.