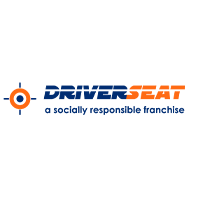 Driverseat launched their new branding in late May, with dozens of virtual events that included franchisees, vendors, the Canadian Franchise Association, and the public.

Driverseat developed the new branding towards the end of 2019, with a plan to roll out to franchisees during the annual Driverseat conference scheduled for March 2020. The COVID-19 pandemic forced the organization to postpone the conference and as a result, the company decided to reveal their new brand identity now, via virtual sessions with all stakeholders.

“This is an exciting time for our brand and our franchisees.” states Brian Bazely, CEO of Driverseat. “We have been impacted by the economic slowdown, but the situation has not slowed us down at all. We continue with our marketing efforts, connecting with members of the community, and preparing for the next stage of the new normal.”

The launch of the new Driverseat brand includes some very exciting elements. The logo has been updated, with the same familiar orange but an updated blue accent. Its governance, core values, mission, and vision are all new for 2020.

As part of the launch plan, every franchise location was couriered a package that was secured at their home offices until the internal reveal on May 27th at 11:30 am EST. This package contains elements of the rebranding and played a role in the build of the brand launch during the week.

The three-day event started on Tuesday, May 26 with Co-Founders Brian and Luke Bazely speaking with the franchise owners about the brand, and why now is the right time to launch it publicly. This was followed by a second virtual meeting on May 27th, when the secret boxes were opened. Finally, on May 28th, following a public launch, the team celebrated with a virtual cocktail hour.

Brian adds, “I could not be prouder of our marketing and franchise support team. The work they have done for this launch was incredible. To suggest that creating something this significant during such uncertain times is outstanding would be considered an understatement.”

About Driverseat
Driverseat is a transportation solution franchising company that has been operating since 2012 and now serves over 400 communities across North America. Driverseat provides custom services including Chauffeur, shuttle, and designated driving. Driverseat is proud of the support they provide to their communities and are honoured to be a five-time Franchisee Choice award winner and 2019 Franchise of the Year!

Cacao 70 celebrates the grand opening of their Richmond Hill Eatery