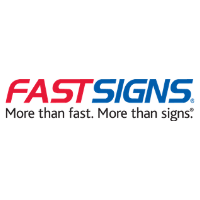 FASTSIGNS International, Inc., franchisor of FASTSIGNS®, the leading sign, graphics, and visual communications franchise with more than 740 locations in eight countries worldwide, recently held its 2021 Virtual FASTSIGNS®/Signwave International Convention. Themed Celebrating Connections, the multiple-day event taught best practices as well as celebrated franchisee achievements and the continued growth of the franchise network in both sales volume and number of locations.

Highlights from the 2021 convention include:

“While 2020 brought challenges, it also highlighted our network’s resilient nature as FASTSIGNS franchisees adapted their business models and pivoted to assist businesses, organizations and ultimately their communities,” said Catherine Monson, CEO of FASTSIGNS International, Inc and Chair of the International Franchise Association. “Our annual convention brings our franchise network together to recognize, honor and celebrate their many achievements, as well as to engage in educational and networking opportunities to kick off the year. This one-of-a-kind event enabled us to celebrate our connections through FASTSIGNS, and it set the stage for an even more successful 2021.”

About FASTSIGNS®
FASTSIGNS International, Inc. is the leading sign and visual communications franchisor in North America, and is the worldwide franchisor of more than 740 independently owned and operated FASTSIGNS® centers in 8 countries including the United States and Puerto Rico, the United Kingdom, Canada, Chile, Grand Cayman, the United Arab Emirates, Malta and Australia (where centers operate as SIGNWAVE®). FASTSIGNS locations provide comprehensive signage and graphic solutions to help companies of all sizes and across all industries attract more attention, communicate their message, promote their products, help visitors find their way and extend their branding across all of their customer touchpoints.

In 2020, Fastsigns Holdings Inc. acquired GTN CAPITAL GROUP, LLC the parent company of NerdsToGo, an emerging IT services franchise brand. Learn more about sign and graphic solutions or find a location at fastsigns.com. Follow the brand on LinkedIn at linkedin.com/company/fastsigns, Twitter @FASTSIGNS or Facebook at facebook.com/FASTSIGNS. For information about the FASTSIGNS franchise opportunity, contact Mark Jameson (mark.jameson@fastsigns.com or call 214.346.5679).