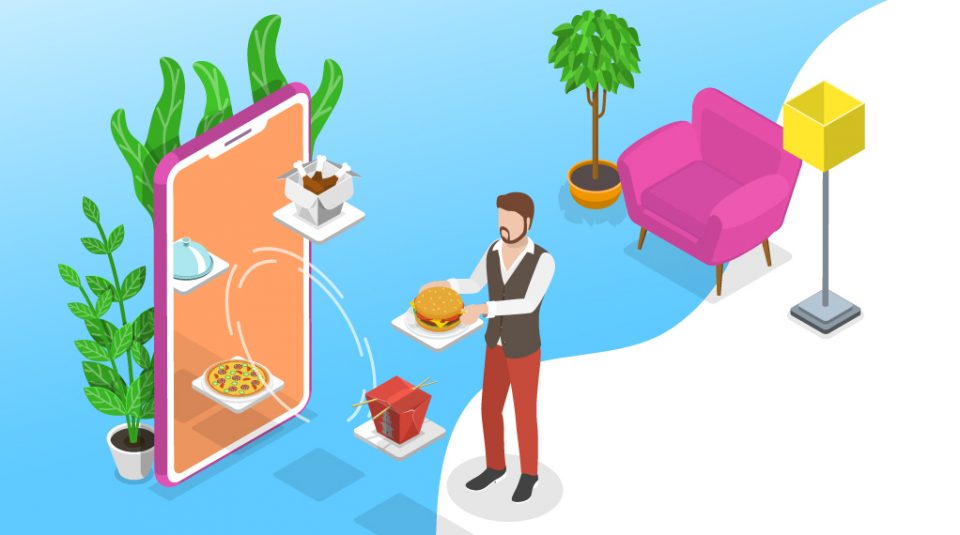 Uber Eats. SkipTheDishes. Foodora. The names are becoming as ubiquitous as Nike, Adidas and Converse, and they’re only growing in popular­ity. In 2018, third-party food delivery was an estimated $13 billion business, and by 2030 that could grow to $365 billion globally when you factor in groceries and meal kits, according to Swiss bank UBS.

It all signals a staggering shift in how we get our food, and it’s led to a $20 billion-dollar valuation for Uber Eats alone. But the big question for the businesses that actu­ally use these apps is: will they make any money, too?

For restaurants, in particular, the answer will likely be yes, but because we’re still in the early days of these services, potential profit margins are still being worked out. Right now, the challenge is how to deal with the fees the apps charge, which are usually between 20 and 30 per cent of a bill.

Many in the franchise community are hopeful that greater profitability will come soon, however, and for good reason. Take Wild Wing, for example. A year and a half ago, the chicken-wing staple barely did any deliv­ery. Now, they’re doing about $1 million in delivery sales every month, and company president Clark McKeown says that the 6 per cent increase in same-store sales they saw last year was all because of delivery.

So how are franchises dealing with the pioneer phase of these apps? Keep reading to hear more from McKe­own, as well as reps from Cora Breakfast and Lunch, and Baskin-Robbins.

For popular breakfast chain Cora Breakfast and Lunch, the push for third-party delivery actually came from a few western Canadian franchisees. And so, last year, after looking into it more closely, Cora decided to sign on to a partnership with SkipTheDishes. They were the first breakfast chain to do so in Canada. About 60 of the franchise’s 130 locations now offer it.

So what made corporate say yes to food delivery apps? The potential for new customers, says Corporate Vice President Lucie Normandin. “Maybe it’s a tourist who doesn’t know the place but can easily go on Skip­TheDishes and find us. Maybe it’s someone who wants to stay at home on a Saturday morning with their kids and eat in their pajamas.” A lot of the time, she adds, it’s the younger generations who are attracted and comfortable with placing orders online and who just don’t want to sit down to a regular meal in a restaurant.

So far, the partnership appears to be a good choice, as no franchisee has backed away, and customer satis­faction scores are close to the 90 per cent range.

But that doesn’t mean there aren’t challenges. The service fee is substantial, and there are sometimes delivery times accuracy issues in some areas — says Normandin, which can make establishing accurate delivery times tough.

Still, she’s hopeful that these challenges will get worked out as these services mature. She has good rea­son, in fact, as SkipTheDishes has already shown some flexibility by translating their service for the Quebec market.

Besides, she adds, third-party delivery isn’t going away, particularly in the U.S., where Cora is now look­ing to expand. “Overall, it’s been a good experience. It’s an additional sales channel for the restaurant indus­try to better adapt their offer to customers’ needs. If it wasn’t good, the franchisees would tell us and they just wouldn’t use it.”

Unlike Wild Wing and Cora, Baskin-Robbins Canada hasn’t inked formal agreements with the delivery apps as a company. Instead, they’ve left it up to individual franchisees to enter into partnership with them if they choose. So far, about 50 of its 100 franchisees have done so, most with Uber Eats and SkipTheDishes.

The individual nature of those agreements makes it difficult for corporate to gauge how positive the apps have been for franchisees, but Senior Operations Man­ager Mike Gooding says feedback has been good. “If the franchisee thought it wasn’t going to be a money-maker, or a possible one, then they wouldn’t move forward on it, because they do look at the bottom line to make sure that they’re making money.”

And it’s not just one or two Baskin-Robbins products these young customers are gravitating towards, by the way, but everything — from bulk ice cream to polar pizzas to cakes. That can make it tough to maintain brand standards, as late or dawdling delivery drivers just won’t cut it when melting ice cream is on the line. But Gooding says he hasn’t heard a lot of complaints on this front. Plus, Uber Eats and SkipTheDishes have good customer care people who can help resolve issues with customers directly, he adds.

As for the future of third-party delivery services at Baskin-Robbins, Gooding says they’re here to stay. “They are the wave of the future, and so I think we’ll continue to look at it, not to have us manage, but to see if there’s a way that we can support our franchisees a little more.”

To help lessen the blow of those high service fees on its franchisees, Wild Wing has actually reduced its royalty rate from 5 per cent to 2.5 per cent on delivery sales. It’s one of the only restaurant franchises in Canada that’s believed to have done this, and it’s no wonder why they’ve taken such a dramatic step — about 25 per cent of the business of Wild Wing franchises comes from delivery right now. By 2022, McKeown expects that num­ber to rise to 40 per cent.

By that time, he also expects that Uber Eats, SkipThe­Dishes and Foodora — the three apps Wild Wing has for­mal agreements with — will get better at addressing every party effected by their services. “Right now, all of the apps are very customer focused, but they’re starting to realize that if the restaurants aren’t making any money or the delivery drivers aren’t making any money, the system will fall down. So they’re heavily investing in technology to make the process even more efficient right now.”

As for why Wild Wing and delivery appear to go so well together, McKeown says it helps that their product is easy to execute and that their 101 wing options taste and look as they should when they get to the customer. “Some of these other guys have big box stores and complicated menus that require a large kitchen staff. It’s tough. But for us, at a busy time we have two people in the kitchen.”

Wild Wing has 83 standalone locations across the country, by the way, and recently entered into a partner­ship with Canlan Ice Sports which added 12 more loca­tions across British Columbia and Ontario to the mix. They’ve also identified 90 additional markets they feel they can open in, and believe western Canada is a big, somewhat untapped market for them.

Wherever the next locations open, though, third-party delivery will undoubtedly be part of the business plans. “We’re geared up to be a long-term player,” says McKeown. “After all, what goes better with watching football or hockey at home than great wings?”

A Day in the Life: The Fine Print

Millenials in Franchising: The Burger Boss