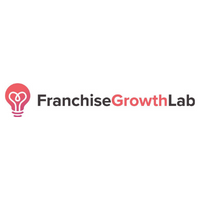 Over 400 franchise brands launch each year in North America but only a handful grow to more than 100 units. Most don’t make it past 25. With the largest franchise industry in the world, North America has plenty of franchise start-ups but it has a scale-up problem.

Franchise expert John DeHart was tired of seeing so many franchise brands launch and stall.

After selling his stake in one of Canada’s most successful franchise brands, Nurse Next Door, DeHart is drawing on 20 years of franchise experience to create a franchise “lab” to help steer emerging franchisors past common sticking points to accelerate their growth.

“The vast majority of franchises never grow past 10 locations. As the Past Chair of the Canadian Franchise Association, I watched for years as new franchise systems would launch, but never take off,” says DeHart

The stats in North American franchising are revealing. Two years after launching a franchise system, 65 percent of franchisors have 0 locations and 27 percent have only 1 to 10 locations.

To change that, DeHart and his Franchise GrowthLab team have developed solutions to three common challenges that often limit the growth of franchisors:

DeHart and his team are proud to have created products that even small franchisors can afford. “Even though we have one of the most experienced teams in franchising, we are not too costly for the franchisors who need help the most,” says DeHart. “We are in this for a larger purpose – we want to help scale the impact of franchise brands across North America and beyond.”

Franchise GrowthLab is currently working with 25 companies to improve their systems and open more locations. “The team at Franchise GrowthLab is exactly what a fast-growth franchisor like me needs,” says John Evans, CEO of Everline Coatings. “They have already been where I need to go. I am building a North American-wide brand, and they help me prepare for what lies ahead.”

Franchise GrowthLab, powered by Hartify Franchise Consulting
Led by John DeHart, a seasoned franchise founder and past Chair of the Canadian Franchise Association, the Franchise GrowthLab team has sold, launched and helped grow 100’s of franchise locations in North America. For more information contact us at 778-836-0469, john@hartify.com, or visit us online at www.hartify.com