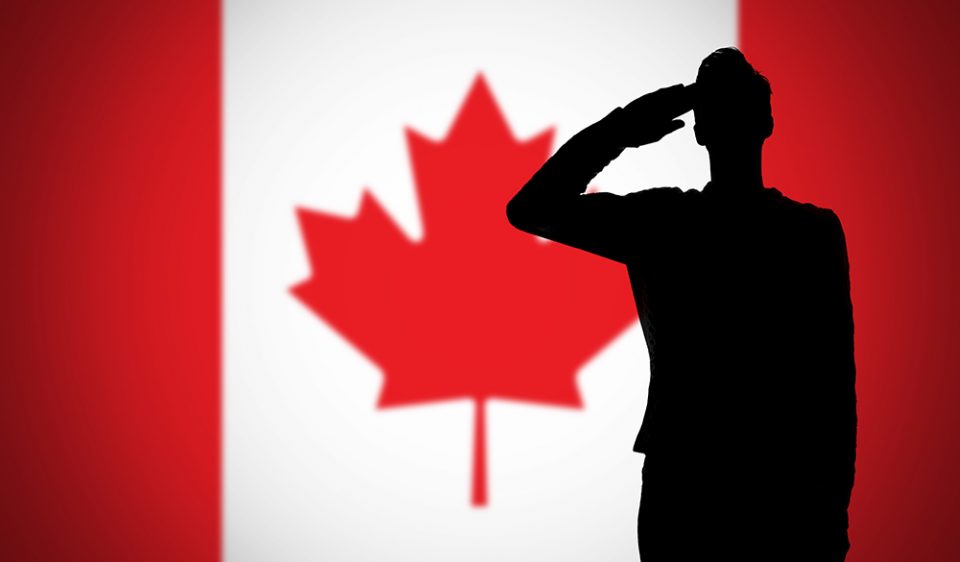 It’s no wonder that 1 in 7 franchises in the United States are owned by military veterans. Qualities like teamwork, discipline, and the ability to follow a structure are as necessary in the military as they are in franchising.

Unfortunately, there aren’t any official Canadian stats related to how many vets in this country are franchisees, but indications suggest there is a significant portion of them here, too.

Stats are just that, though. If you want to hear what it’s actually like to become a franchisee after the military, listen to these three vets explain it.

If there’s one piece of advice Clayton Hamilton would give to a retiring military member who wants to become an entrepreneur, it’s this: become a franchisee rather than an independent business owner.

“Franchises set up everything in detail,” says the 20-year Canadian Forces veteran and current Massage Experts President and CEO. “There’s an operations man­ual, there’s an advertising manual. The guidelines are there, the franchise gives you the structure that you’re used to.”

Not to say franchises are perfect. His first foray into entrepreneurship after retiring from the Forces as an airborne electronic sensor operator was with a few franchise restaurants in the Halifax area. “I would have probably been the first to criticize the franchises I was involved with, but now that I’m a seasoned guy in this job, I see some of the reasons they did what they did.”

Nonetheless, Hamilton has just one of those restau­rants now, jumping into the massage world five years ago as one of the first Massage Experts franchisees. That one Halifax location has grown to four in the city, bringing the national total to 17 locations — eight in Nova Scotia and New Brunswick, three in Ontario and Quebec, six in Saskatchewan and Alberta.

One big reason the franchise is taking off is because Massage Experts offers memberships that make therapy sessions more affordable than at non-membership clinics.

Hamilton bought the company about four years ago, and since then Massage Experts has added 12 of its 17 clinics. His experience as a restaurant franchisee has definitely helped him take the company to the next level, but so has his military experience.

“The military gives you a strong sense of discipline to ensure that things get done, and you learn attention to detail and timeliness,” he says. “Those three things are huge in franchising.”

Still, the military world and the entrepreneurship world are vastly different, he admits. But, if you are interested in running your own business, the distance between those worlds is greatly reduced if you go the franchise route.

“There’s a huge difference between being a military person and having your day-to-day needs taken care of, told where to go, how to do it than to try to become an entrepreneur. But if that’s what you want, becoming a franchisee would be the best move. It gives you that structure, and it will probably end up making you feel a lot more comfortable.”

“For one, you learn very good social skills in the military because you’re dealing with people from all walks of life, all over the country and internationally,” he explains. “You really need that in business, too.”

You also have to be flexible in the military and as an entrepre­neur, he says, “aware that what you planned on doing might not be what you end up doing.”

He didn’t really plan on being a PropertyGuys.com franchisee when he retired from the Canadian Forces in 2003 after 24 years in various avionics roles. He just knew that after so many years working for somebody else, he wanted to try working for himself. And so he did, starting a web-based marketing business with his brother.

They made a “killing,” he says, but he missed the social part of going to work. And though he liked the freedom and flexibility of working for himself, his military roots made him realize he also liked a bit of structure. Franchising, with its systems, support, sociability, and freedom, seemed like the right path.

He was right. He’s now the franchisee of PropertyGuys.com territories in Northumberland County, Hastings and Prince Edward Counties, and Kingston and South Fron­tenac Township.

He chose PropertyGuys.com because he wanted to work on a business that was still reaching its full online potential. Back in 2005, a year before Davies jumped in, PropertyGuys.com began franchising nationally at a record pace, even awarding a new franchise every 10 days at one point. There are now over 80 franchise loca­tions in over 600 communities across the country who help homeowners sell their properties privately.

The major draw of PropertyGuys.com is all about home sellers paying themselves, instead of high commis­sions when they sell. Though the proven approach helps with everything from marketing to negotiation to paper­work, the company charges a flat fee, not a percentage based on the home’s sale price.

“The five per cent model is going the way of the dodo bird,” says Davies. “It just doesn’t make sense. Why, if I have a $200,000 house, am I paying twice as much as someone with a $100,000 house for the same service, the same expo­sure, the same strategy and the same end result?”

It turns out that a “strong sense of logic” is another one of those readymade tools Davies brought from the Forces.

One of the big similarities between being in the military and being a franchisee is all in your outlook, says first-year franchisee Pierrete LeDrew. “In the military you often have an end goal in mind — your mission — and you’re trying to overcome the obstacles to get there. So you get down to it and you do it.”

Likewise, the 21-year Canadian Forces vet is trying to show that same tenacity as a franchisee with Stage­coach, an extra-curricular performing arts school with over 700 schools in nine countries (fun fact: Emma Wat­son is an alum).

It’s not easy, she says, especially in the first year when you’re dealing with whopping obstacles like rais­ing brand awareness and attracting students. (And also while holding down a full-time job as a teacher and rais­ing two teenagers, as she does.)

What’s helped is that she chose a franchise she’s truly passionate about, she says. After leaving the Forces in 2008 as a public relations officer, her husband, still in the Forces, was posted to England for four years. It was there that her daughter enrolled in the UK-based Stagecoach for almost three years. “She absolutely loved it,” says Pierrette, “I saw how it worked, what kind of program it offered, the target audi­ence — all that stuff. So I became very interested in it, too.”

By 2014, they were back in Canada, this time in Kitch­ener, Ontario, where the closest Stagecoach location was about two hours away in Toronto and local perform­ing arts programs just weren’t cutting it for her daughter.

In response, the obstacle-averse Pierrette started a Stagecoach “pestering” campaign, calling up the franchise once a year, asking if they’d launch a franchise in her area.

In 2017, the answer was finally a yes, and, unexpect­edly, she was asked if she was interested in running the new location herself in Kitchener.

Over a year later, and after a careful vetting process, she’s still glad her answer was yes. Sure, like the military, there are big obstacles to overcome as a new franchisee. But also like the military, she feels part of something big­ger than herself.

“You get into this organization and you’re embraced right away. I don’t live in England, and I’ve only met the staff at headquarters once, but most of them know me by now. So it mirrors the military because that sense of community is very strong, and that’s something I’ve always been drawn to.”

If you are a veteran or reservist of the Canadian Forces interested in researching franchise opportunities, please visit the CFA MVP page.

Q: What do new franchisees in the food service sector need to know about customer reviews and social media?