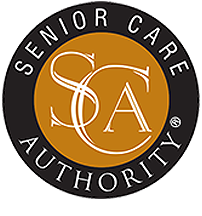 An inspiring new book, Dynamic Founders of the 21st Century, has just been released profiling founders of small businesses. The focus is on entrepreneurs and founders who embody the special combination of skill-sets, personality, and determination needed to succeed in today’s global economy. The people featured will inspire the next generation of entrepreneurs and founders by sharing the lessons learned and wisdom gained as they followed their vision to sustainable success.

“When approached by author Michael Caldwell I was honored to be considered and included in this publication with other business owners who have excelled in their fields,” says Frank Samson, CEO of Senior Care Authority, a leading national Eldercare Consulting franchisor.

Samson, who started the business in 2009 and began franchising the concept in 2014, has also authored a book, The Aging Boomers, Answers to Critical Questions for You, Your Parents and Loved Ones,” and hosts a regular podcast and syndicated radio show called “Boomers Today.”

Marcy Baskin, Managing Director of Senior Care Authority has worked with Frank for over 6 years and commented on this chapter:

Frank well deserves to be included among the 15 other chosen founders in this dynamic book. After working with Frank for over six years, I have watched how the cornerstones of our business include the respect he holds for our franchise owners, how he values their feedback, and how he is truly open to making improvements to the company based on their input. That very respect, coupled with an extraordinarily creative business mind is at the source of what has made Senior Care Authority so successful.

Frank sums up what his ultimate win-win relationship is with his franchise business owners…helping people in business who are helping others find peace, hope, and solutions during some of the darkest times of their lives.