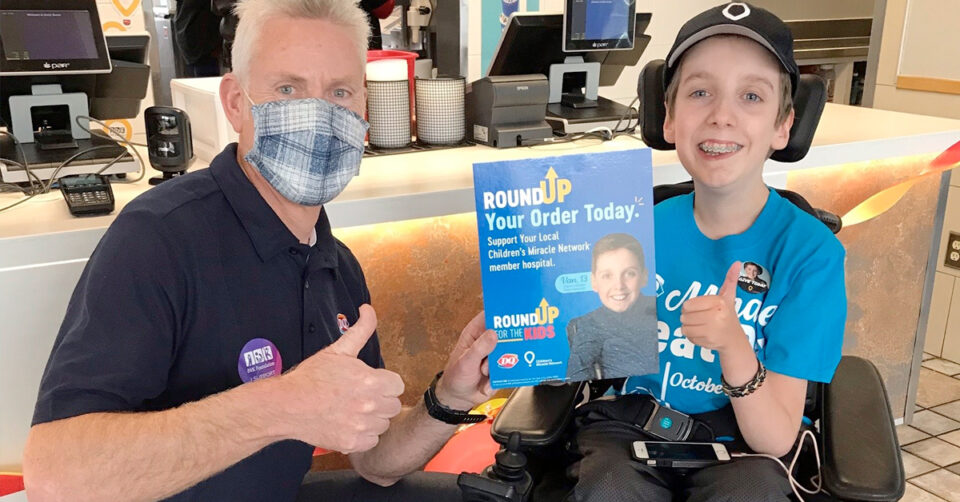 Every summer, Dairy Queen Canada sets a date when its cool treats are even sweeter—because they come with a way to give back. This year in Canada, August 11 is the day to circle on calendars, when the franchise’s annual Miracle Treat Day means all net proceeds from the purchase of any Blizzard Treat will be donated to local children’s hospitals. As communities embrace a return to normal activities post-pandemic this summer, Miracle Treat Day is a tradition that many are happy to take up again.

Originating from American Dairy Queen’s and Dairy Queen Canada’s longtime relationship with the Children’s Miracle Network, which dates back to 1984, the fundraiser aims to put money back into the community with local donations. Since the fundraiser started, it’s raised $46 million in Canada and more than $166 million between the U.S. and Canada. Those funds have been directed to 170 children’s hospitals across Canada and the United States. More than 10 million sick and injured children visit a Children’s Miracle Network member hospital every year.

“We see almost 100 per cent participation from our franchisees across Canada, which really shows their commitment,” says Candida Ness, Dairy Queen Canada’s vice president of marketing. In 2021, the effort raised $1.8 million for Canadian children’s hospitals. “And even outside of Miracle Treat Day, a lot of our DQ restaurants fundraise all year long. They also go out into the hospitals to deliver Blizzard Treats to kids in the hospitals.”

The brand’s franchisees have earned recognition for their above-and-beyond fundraisers in their communities. In 2021, Raymond Hardisty, who works at DQ Wasaga Beach, Ontario, won the DQ Beacon of Hope Award for raising more than $100,000 for the cause. A former leukemia patient at SickKids Hospital, Hardisty has worked at the DQ restaurant for 13 years and is clearly beloved in his community, where he also sells balloons and does bottle drives in his fundraising efforts. “He is a person who gives back from the heart,” said DQ Wasaga Beach owner Sherry Schaap in a video created to honour the award.

“I do it for the hospital as a token of gratitude for all the years that they have helped me and my family through my health crisis,” said Hardisty in the video.

Dairy Queen Canada’s franchisees’ impressive fundraising numbers extend across years—and across the country. In 2020, Sherry and Joe Schaap won the DQ Miracle Maker Award for raising over $37,800 in support of SickKids Hospital in Toronto, and multi-unit Edmonton owners Marc Cardinal and Scott Fylyshtan raised over $85,000 in support of Stollery Children’s Hospital. “Every year, we try to hit a new fundraising goal,” says Ness. “We actually have four franchise owners in Canada who have raised over $1 million each, which is remarkable.”

While the pandemic meant that Miracle Treat Day was put on hold in 2020, Ness says that Dairy Queen Canada came up with new ways to fundraise in 2021. “Franchise owners came to us with a lot of great ideas on how they could fundraise outside of Miracle Treat Day, including a buy-one-get-one-free offer for fans who donate five dollars to the local children’s hospital. Miracle Treat Day is something that franchisees get really excited about, and a real organic buzz occurs. Franchise owners, crews and fans really look forward to the day.”

Franchising Gives Back During Crisis

Giving Back: From Their Hearts to Your Home

Subway® Canada Donates 1 Million Meals to Food Banks Canada in Response to COVID-19 Crisis, announces additional $2 from every delivery purchase will also go to the charity