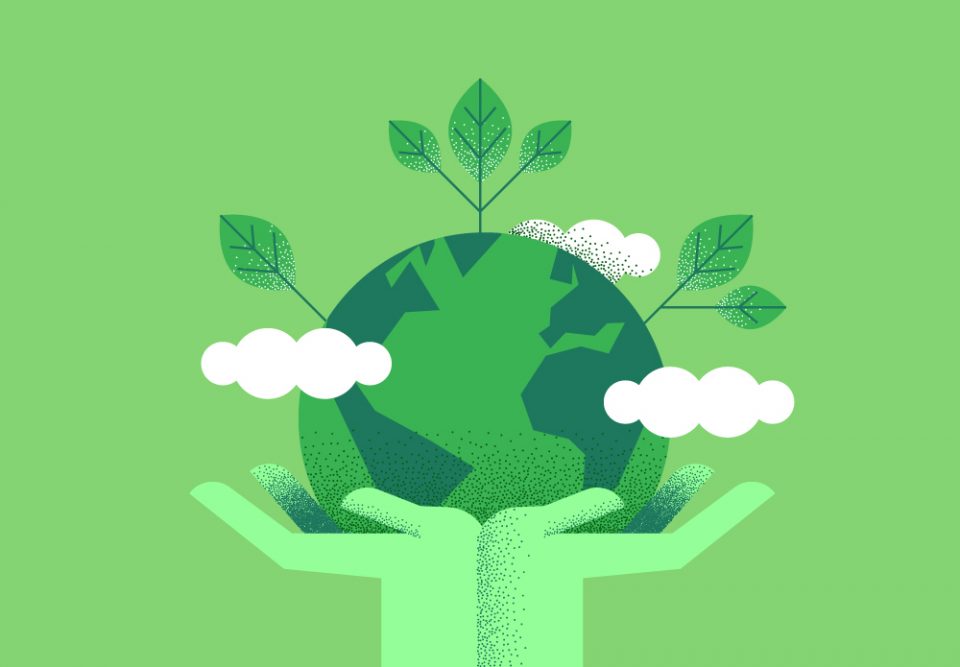 Well, we asked three quick service restaurant franchises known for their green practices to tell us. You can read their responses in what follows, but what became clear is that they don’t believe it’s just one or two initiatives that are going to make a difference. To truly reduce their footprint, they say it takes a serious look in the mirror, one that scrutinizes multiple links in their value chains and asks a simple question: what can we do to reduce our impact on the planet?

Ask Bethany Tillo why sustainability is important to KFC and the brand reputation manager will answer you with a question of her own: “If not us, if not now, then when?”

It’s a good question, especially given that KFC now has over 23,000 restaurants in more than 140 countries and territories, including more than 600 in Canada. With that kind of reach, any single move to reduce the company’s carbon footprint has the potential to make a big impact.

And move they have. Earlier this year, KFC announced it would use 100 per cent fibre-based packaging from certified or recycled sources by 2020, a goal it has already achieved. The company has also committed to making all consumer-facing plastic-based packaging recoverable and reusable by 2025, as well as removing all plastic straws and bags in all of its restaurants by the time you read this.

The initiative most near and dear to Tillo’s heart, however, is Harvest, a program where all of KFC’s surplus chicken is donated to local charities like food kitchens and food banks. It’s a program that tackles two serious problems in this country – food waste and food insecurity – and when it’s fully up and running, Harvest will likely provide about $3 million worth of chicken, or 200,000 meals, across Canada every year.

“Harvest is something that we really believe in and our restaurant teams rally behind and support,” says Tillo. “Over the past couple of years, our franchise partners have been steadily onboarding, and by early 2020, all eligible restaurants in Canada will take part.”

That kind of support from franchisees is no happy accident, by the way, and it stems from KFC’s approach of empowering its teams to make positive impacts on their communities and their planet, says Tillo.

The company also tries to make living this approach easy for its restaurants – from covering all onboarding costs for Harvest to partnering with a third-party company, which offers full logistical support of the food donation process so that minimal effort is required for the teams to embrace the program. “We know that the power of every single thing we do together can make a big impact, and we don’t take our actions lightly,” says Tillo. “This is something we have to do.”

In 1967, the first Canadian McDonald’s opened in Richmond, British Columbia, and now there are about 1,400 locations across the country serving about three million people per day. With that type of scale, it means many of the brand’s most iconic items are being consumed daily by Canadians, and as a result, more consideration is being given to packaging and its impact on the environment.

McDonald’s Canada is on a journey to make its packaging more sustainable as part of its goal to reduce its environmental footprint and source 100 per cent of guest packaging from renewable and/or recycled materials. Globally, McDonald’s has committed by 2025, 100 per cent of McDonald’s guest packaging will come from renewable, recycled, or certified sources. To help get there in Canada, the company has opened two Green Concept Restaurants in London, Ontario and Vancouver, British Columbia that will test new packaging options and recycling initiatives.

Some of the restaurants’ first innovations include a fully re-pulpable cup for cold beverages that uses an aqueous coating acceptable in recycling streams, a recyclable wood-fibre lid that doesn’t require a straw, wooden cutlery, wooden stir sticks, and paper straws. “Our Green Concept Restaurants are an exciting new innovation as part of our ongoing sustainable journey,” said John Betts, president and CEO at McDonald’s Canada, in a press release. “They are an example of how we’re able to use our scale for good and keep raising the bar on what it means to be a responsible company committed to people and the planet.”

The innovations coming out of the Green Concept Restaurants are in addition to several other recent packaging changes at McDonald’s, including the introduction of a smaller napkin produced with 100 per cent recycled fibre and the transition from a McWrap® carton to a McWrap wrap. The company has also eliminated foam from its gravy bowls and breakfast platters, as well as removed paper from the outer layer of its small coffee cups. All told, these changes remove more than 1,400 tons of packaging from the McDonald’s Canadian system.

As for the future of sustainability efforts at McDonald’s Canada, the journey continues, said John Betts. “We are proud of the progress our Canadian organization is making towards our global packaging sustainability goals – it matters to our guests and we will continue taking our environmental responsibility seriously.”

“You can’t go wrong by doing the right thing.” It’s a saying you’ll find written on the walls of some of Pita Pit’s 550-plus locations worldwide. And it’s a saying that gets to the heart of why the pita sandwich franchise takes environmental sustainability so seriously, says Matt Johnston, the company’s director of menu and product experience. “But,” he adds, “a saying like that isn’t just something we put on a wall.”

Exhibit A: the thin-barrier eco wrapper the company rolled out a couple of years ago. Fully recyclable and made from 100 per cent renewable materials, it contains no petroleum products, which translates to the removal of about 85 barrels of oil from Pita Pit’s Canadian operations per year. What may be almost as impressive is that because this type of wrapper didn’t exist in North America in 2017, Pita Pit collaborated with its paper partners to test the innovative new product and make the significant adjustments to their equipment needed for its production. “That wasn’t an inexpensive conversion,” says Johnston, “but getting rid of the petroleum out of our packaging is a key for us.”

So is animal welfare. Earlier this year, the company switched to using cage-free egg products in all of its Canadian restaurants, and by 2024, it says that all of its chicken producers will meet the animal welfare standards outlined by the Global Animal Partnership. For chickens, those standards include providing more living space, enhanced living environments, and transitioning to breeds that have better welfare outcomes. Pita Pit’s straightforward business model also plays a key role in its sustainability efforts, says Johnston. “Sixty per cent of the food we get is fresh vegetables, and that’s coming in on a daily basis, so we don’t have a lot of waste going out the back door, which definitely helps us keep our footprint small.”

As for how Pita Pit’s franchisees feel about the company’s environmentally friendly conversions, Johnston says it’s been “very positive.” One of the biggest reasons being that these changes have actually reduced some costs for franchisees.

Plus, he adds, Pita Pit has always recruited passionate franchisees who want to do the right thing, too. “They’re smart, they’re super engaged, and there’s even a strong contingent who come up with new ideas for us.”

Why Choose a CFA Member?

Q: What is validation? When does it happen? And, how do I make the most of it?