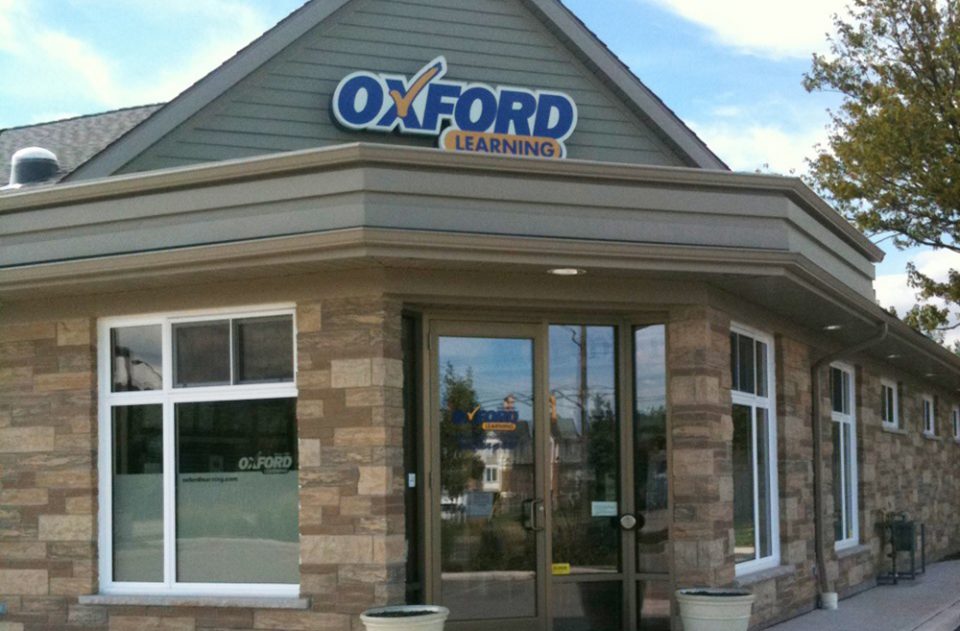 The kids will be cheering when Alice Cooper sings ‘School’s Out’ in June, little knowing how much that summer break will set them back. Lenka Whitehead, president of Oxford Learning Cen­tres, however, says parents are singing a different song in the fall after report cards come home and they realize just how much that long summer vacation set them back.

“Kids forget about 30 per cent of what they’ve learned over the summer,” explains Whitehead. “That means the first month-and-a-half is going over what they learned last year. Imagine if a child only got a B or a C in the previous year, drop that by 30 per cent, and guess where they’re at? A lot of these kids start the school year really struggling right off the bat.”

That’s where Oxford Learning comes in. Whitehead explains the franchise’s concept is to teach students how to think and how to learn. Whitehead explains, “We work on helping them build their cognitive ability and learning skills so they can actually apply that to every subject area.”

Oxford Learning was started in the early 1980s in London, Ontario and incorporated in 1984 by Dr. Nick Whitehead. He worked with education experts to create an innovative learning program based on research into how children learn. They went on to develop an evalua­tion tool pinpointing a child’s capacity to learn naming it the Dynamic Assessment. From there, our team created Oxford’s curriculum.

In 1991, the company started franchising. Since then the franchise has added French and has expanded to educating children from pre-school, all the way up to high school. Whitehead says, “It’s important for par­ents to see their kids getting more than they’re getting in school.” The company boasts 160 franchise locations coast-to-coast from Halifax to Victoria with two new locations set to open shortly in Vancouver. In the United States, the company is known as GradePower Learning. It’s also located in the Caribbean and the Middle East and is look­ing at expansion to China and India.

What the program offers is not simply a quick fix, but rather a way of learning that provides a foundation. Whitehead says they determine a child’s weaknesses and then build a program tailored to their specific needs from there. “Often kids are having issues because the instructions are written and they have low comprehen­sion skills,” she explains. “We help with their comprehen­sion and reading skills so they understand what they’re supposed to do.”

Most students spend an hour or two each week with a learning coach in a small group setting with no more than three students working out to about 8-10 hours a month.

Franchisees come from varied backgrounds, from business to teaching. Whitehead explains, “The com­mon thing is they all love working with kids, want to help them and make their lives better. Our business is for people who like kids.”

The biggest challenge to franchisees is ensuring they hire qualified teachers. Most teachers employed by the franchise have a teaching certificate, or a masters or doc­torate degree with a particular specialty in science or languages. All are tested for literacy before being hired.

Whitehead explains, “Regardless of whether they (franchisees) have a teaching degree we have our own way of teaching teachers to teach in our centre. We take them through pretty comprehensive training to become instructors for us. They get a lot of support as well.”

Training and ongoing support is extensive. All franchi­sees go through an initial training period which involves operations training, programming, business training and marketing. Whitehead explains, “They’re assigned an opening specialist and that person stays with them for six months. They have full access to one of our senior support people, who they work with on everything, and then a support group on top of that.”

There are monthly webinars, as well as access to head office. Whitehead laughs, “I can’t imagine any franchisee who doesn’t have my own personal phone number.”

The best advice for franchisees, says Whitehead, is to have a passion for working with kids. “You have to have really good people skills. In our business, it’s about the children and if their parents don’t trust you they’re not going to take their child to your business. So, you need to learn how to talk to people in a way where they will really connect with you to help them.”

She adds that it is important for Oxford Learning fran­chisees to realize they’re buying into a proven concept. “Do it the franchisor’s way for a year, that’s what I always say to them. Follow it to a T – learn the business. Put all your ideas of how we can improve the system in an envelope and after a year of doing it tell me if those are still great ideas. People come with vast experience from every kind of field so we don’t want to say to them your ideas don’t matter. They do. If we have a franchisee who has fantastic ideas we’re going to listen. We’ve changed our system based on some of these ideas and we’re grateful because they’re in the learning centre. If there’s something that’s better, bring it on.”

Whitehead says a franchisee advisory board meets on a regular basis, discusses new ideas, then helps implement them. She says, “For example, we found out that even though we’re a Canadian company, a lot of Canadians take the SATs to get into universities in the U.S. That was brought to us by a group of our franchisees many years ago, so we developed an incredible SAT pro­gram. When they feel we need to add something and it’s of value, we do it.”

One of Whitehead’s fondest memories is the day the father of a young girl approached her as she was working at one of Oxford Learning Centre’s franchise locations in London, Ontario. “In this centre we worked with First Nations students. I was sitting in the office and this Dad brought his daughter in – she was in grade 7 and func­tioning at a grade three level. He looked at me and said, ‘You’re going to teach my daughter how to read and write so she can get into high school. He hovered over me and said, ‘You promise.’ I put my hand out, shook his hand and said, ‘That’s my promise to you.’ That’s such a pow­erful thing, where you have these parents who really want to help their child but they can’t and they put all their trust in you.”

Just as it’s satisfying to see a child finally figure out a difficult subject, watch­ing that all happen within the walls of an Oxford Learning Centre franchise is pretty special as well. Whitehead says, “Help­ing them see that A-ha moment, when they finally understand. Also working with parents – often the parents are pretty frus­trated – so you’re kind of a counsellor, you’re a coach, you’re a difference maker. It’s a fun job, kids are fun. It’s really rewarding to see them succeed. Our franchi­sees are in it for those rea­sons, but they also make money as a result of that so it’s a good way to earn a living. Most of them do it for personal satisfaction and then the money comes later.”

A Day in the Life: Putting Pets First