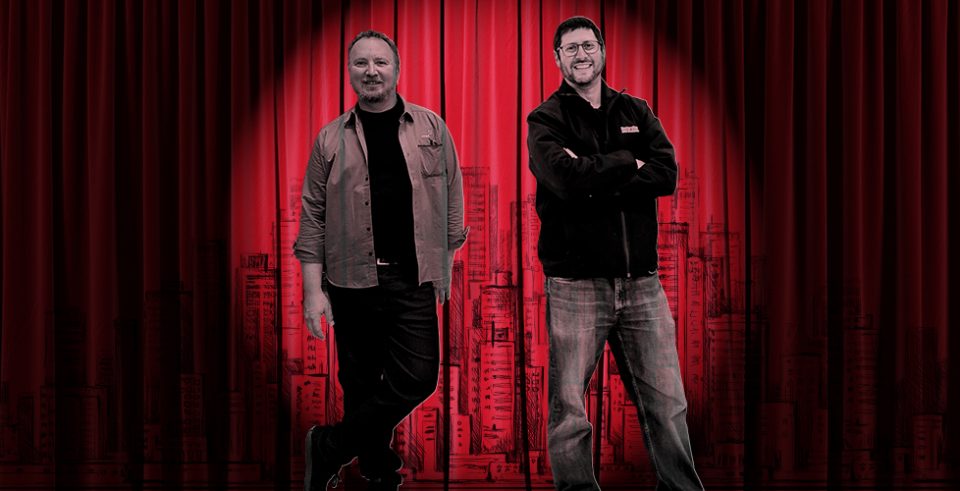 The pandemic may have forced the cancellation of the CFA’s Awards of Excellence gala event this year, but it didn’t stop the awards presentation, which took place through a video format featuring the award winners. For Grand Prize winners MaidPro and Restoration 1, it’s been an especially memorable year.

The awards were handed out back in May, and as CFA President and CEO Sherry McNeil put it, MaidPro and Restoration 1 have clearly “demonstrated they deserve top honours” this year. Read on to find out why.

Some business ideas come out of years of experience in a particular field. Others, from months of researching and brainstorming. But for Boston natives Mark Kushinsky and Richard Sparacio, theirs came from a much hairier source: a cat in a locked bathroom.

In 1990, Kushinsky hired a maid service to clean his house, but when he returned home after the first clean, he found that not only did the company do a poor cleaning job, they also left his cat, Foof, locked in a bathroom without a litter box. He soon shared the experience with good friend Sparacio, and the two vowed to come up with a solution.

Fast forward a year and MaidPro was born out of a 200-square-foot office in Boston’s historic Beacon Hill. By 1996, Kushinsky and Sparacio began franchising. Today, there are 300 locations all over North America, including nine in Alberta, Ontario, and Nova Scotia.

Sparacio says the company’s recent success really comes down to a couple of factors. One is its investments in technologies that allow cleaning agents and franchisees to do their jobs much more efficiently. The other is its commitment to personalized service. “We’re taking on a huge responsibility when we come into people’s homes, so we really try to make the whole experience about trust and professionalism and something that’s customized to exactly what the client needs. People don’t care what you know unless they know you care first, and that’s how we run our company.”

And that begins, in part, by selecting franchisees who care, adds Sparacio. Which is why the company spends a lot of time looking for franchisees who are intelligent and kind, but also have a sense of accountability and self-awareness, as well as a commitment to their community and to building a business that can last for generations.

David Buckler ticks all of those boxes. A franchisee since 2009, he now has three MaidPro locations — one each in Calgary and Airdrie in Alberta and a third in Burlington, Ontario. “At first, I said there was no chance I wanted a cleaning company, but then I visited the Boston headquarters and was so impressed that I changed my mind in a day,” he remembers. “I liked that they were very picky with their franchisees, and their support network was incredible. I still call them the most Canadian Americans I know.”

That community support, in fact, is what Buckler says is most beneficial about being with MaidPro. It comes from the company itself through things like personal coaching and educational conventions every 18 months, but also from other franchisees. MaidPro franchisees have, for instance, regular community-wide calls with the entire company to voice concerns, get advice, and learn from each other. They also break into Peer Performance Groups (PPG), which are smaller and regional to zero in on issues specific to certain areas.

Those community calls and PPGs have been happening a lot more regularly during the pandemic, says Buckler. They have been a huge help for everything from finding new mask vendors, to making sure staff are safe, to dealing with Canadian-specific government supports.

Overall, Sparacio says the company has weathered the pandemic quite well, and even says that they are seeing a level of demand that they haven’t witnessed in decades.

As for MaidPro’s future in Canada, Sparacio says the company is focusing on ensuring existing locations have everything they need to continue being successful, while also aiming to have more MaidPro locations across the country. Over the next months and years, the company will also focus on expanding its family of brands throughout Canada. Those include FlyFoe, its mosquito and tick control brand, and Men In Kilts, which provides exterior house cleaning services.

MaidPro’s future success will depend in large part on the company’s franchisees, says Sparacio. But he doesn’t sound worried. “In franchising, I wish there was some secret sauce, but it really is the quality of your people, and we have the highest quality of people.”

Six years ago, Josh Perelman and his wife Danielle were ready for new careers. Josh had a background in finance and Danielle in health care, but they wanted something completely different. “We both realized that we were working incredibly hard and long hours for somebody else’s bottom line,” says Danielle. They didn’t want to do that anymore.

So, the couple started looking at different franchise systems, and they eventually landed on Restoration 1, which offers complete home and commercial disaster restoration services from floods, sewage, mould, and fire damage. It was a curious choice, since neither had construction or restoration backgrounds. But they weren’t necessarily looking for a specific type of business, says Danielle. They were looking for something that had solid systems in place and was scalable. And they believed Restoration 1 had both. Turns out, they were right.

Restoration 1 began franchising in 2010, and within three years opened its current 14 franchise locations in Ontario, Alberta, and British Columbia. Then-owner and Toronto franchisee Eric Simtob played a big part in that growth. In October of 2019, Simtob appointed Steven Chin as the new president of Canadian operations before selling the network this past August. Chin, a respected executive in the industry, says, “I think our newly planned business development and onboarding training plan for our franchisees is second to none, and coupling that with our new parent company’s experience and financial backing makes us an even greater force in this wonderful industry.”

The Perelmans would agree. They point to Restoration 1’s operations manager, Bruce Copoc, for instance, who Danielle says keeps them up to date on things like new drying and cleaning techniques. “That means a lot of our time can be spent on actually working on the business. And the same goes for any IT or software issues — we can quickly call somebody at corporate and get the help we need. It’s a huge time saver.”

Josh also says Restoration 1’s franchisee training program was huge. Part of it took place over a few days in Toronto, where he learned the company’s basic systems and processes, but he also earned a few job-specific certifications, such as his water remediation technician certification. From there, he did a two-month internship with the company, where he went to job sites and helped in various restoration projects. Though unpaid, that internship can be as long as the new franchisee needs it to be.

Although Josh is now a fully capable restoration technician himself, Steven Chin says it’s not necessary for new franchisees to have that background when they come to Restoration 1, because franchisees can hire capable technicians. What Chin does look for in new franchisees, however, are excellent leadership, organizational, and project management skills, and an especially good knack for customer service. “You have to have good bedside manner because a lot of people’s largest investments are their homes, and when disaster strikes, it’s a very scary time for them. So you have to make them feel at ease, reassure them.”

That work hasn’t slowed down during the pandemic, says Chin. And since those in the restoration world deal with things like sewage backups and mould on a regular basis, Restoration 1’s people were already fully trained in handling health risks and properly using personal protective equipment (PPE).

However, one of the biggest concerns for the Perelmans, particularly near the beginning of the pandemic, was their supply chain and how they would secure enough PPE. But corporate stepped up, says Danielle, and worked on a national strategy for buying PPE in bulk. Luckily, the Perelmans didn’t have to rely on that strategy, but they say it was great to know the company was willing to lend a hand, as they have with other concerns during the pandemic.

Although ownership of Restoration 1 recently changed hands, it sounds like the support and systems that initially drew the Perelmans to the company will continue to be there. Chin expects “massive amounts of growth” in the near future, perhaps to the tune of 40 or 50 total locations within the next four-to-five years.

“One thing they didn’t have which made us an attractive purchase was boots on the ground here in Canada,” says Chin. “So when you combine our sales team with the proven resources and operational programs they already had — the operational support, the training, the IT support — I think this will be a very attractive opportunity for people looking to become franchise owners.”

Publisher’s Message: Celebrating the Best of Growing Together™

All Hands on Deck