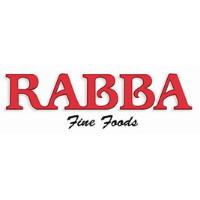 Public is now invited to vote for final Top 25 at canadianimmigrant.ca/top25 – until September 17

Rabba Fine Foods, the Greater Toronto Area’s local neighbourhood market, is delighted to announce its founder Jack Rabba has been shortlisted as a top 75 finalist for this year’s Top 25 Canadian Immigrant Awards. Presented by Canadian Immigrant magazine, this is the 13th anniversary of what is Canada’s premier national awards program celebrating the inspiring achievements of immigrants.

“I am honoured by the recognition,” says Jack Rabba, founder of Rabba Fine Foods. “Since setting foot on Canadian soil I’ve valued my adopted country’s openness, the rights it guarantees its people and the generosity and friendliness of all my fellow Canadians. I’m happy to have had this opportunity to work hard and, over the years, to do my best to give back to my neighbours. If I can inspire one single immigrant to overcome the obstacles they will inevitably face, I would be overwhelmingly pleased.”

Jack immigrated to Canada in 1966 with only the promise of a clerical job at a hotel and the clothes on his back. After marrying his wife Ingrid at Old City Hall while they were both on their lunch break, he soon took a position as a convenience store manager. By working long hours and saving, Jack gathered enough money to put a down payment on a small convenience store of his own in the heart of Toronto. Soon, he was able to help his parents and siblings join him in Canada and managed to carry the weight of his immigrant family on his shoulders, while building a successful neighbourhood business.

As his business grew, he realized that customers were looking for more variety and so he began to expand the store. Customers liked the new selection and, as a result, one store became multiple stores. In 1985, Jack renamed the chain and Rabba Fine Foods was born. Today, the network features 35 stores across the GTA that are open to customers 24/7. In the process, Jack and his team have created thousands of jobs in Ontario and helped countless immigrants find success.

Under Jack’s leadership, the company has introduced a growing number of Tim Hortons locations within Rabba markets, established a burgeoning partnership with Paramount Fine Foods and started to consolidate its community giving efforts under a new umbrella – the Rabba Roots Community Program. Jack uses his resources and the talents of his team to do as much as possible to support community groups across the region. From helping refugees to men’s, women’s and children’s shelters around the city, Rabba regularly offers food and essential supplies to those in need. Recent examples include funding to help ICU units at Trillium Health Partners, nutritious meals for school-aged children across Canada through the Toonies for Tummies program, partnering with Good Shepherd Ministries/Shelter to donate meals to Toronto’s homeless men during the Super Bowl weekend and donating feminine hygiene products to Mississauga women’s shelters.

A distinguished panel of judges made up of past winners reviewed all nominees and presented a list of 75 finalists who were announced in July. All Canadians can vote for their top nominees from July 26 to September 17 at canadianimmigrant.ca/top25. The 25 winners will be announced in November 2021 in Canadian Immigrant Magazine and online at canadianImmigrant.ca.

“What an amazing year for the awards,” says Sanjay Agnihotri, Publisher of Canadian Immigrant. “We received hundreds of nominations this year and the judges had a tough time selecting the top 75 finalists from the remarkable pool of candidates. Each candidate was a leader, a changemaker who not only accomplished their goals, but also succeeded in their new home.”

Rabba Fine Foods is a local market and convenience store that serves the daily grocery needs of more than 35 neighbourhoods in the central and western parts of the GTA. Open year round, 24 hours a day, Rabba offers everything you’d expect from your local market – fresh produce, deli counter, ready-to-eat items, bakery, dairy products and other essential supplies for home or work. A family-run business with roots extending back to 1967, Rabba is committed to serving its neighbours and friends in the GTA and meeting their ever-changing grocery and convenience needs. For more information on Rabba or any of its locations, visit rabba.com.