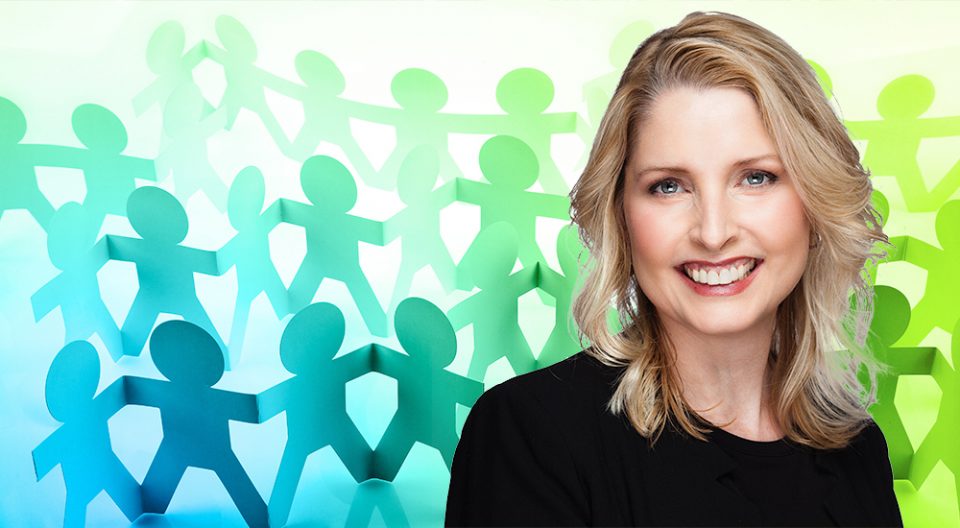 Sherry McNeil’s CV reads like a veritable homage to franchising. The long-time business executive honed her craft at a string of leading franchise brands like Little Caesars, Boston Pizza, and Dairy Queen before launching her own successful consultancy to help established brands like Shoeless Joe’s, as well as emerging ones like 3rd Degree Training and Jumping Bean Coffee.

She has worked with restaurants and franchised businesses in every corner of Canada, from Pizza Huts in Moose Factory on James Bay to Dairy Queens in St. John’s, Newfoundland; Prince George, British Columbia; and Slave Lake, Alberta. She jokes that she has been to, and gotten lost in, every part of Canada before Google Maps was a thing.

Her career began with a part-time job working at a Petro-Canada station while still a student and has led to her current role as President and CEO of the Canadian Franchising Association (CFA), the authoritative voice of the country’s franchise community.

McNeil has pretty much lived and breathed franchising throughout her professional career and is showing no signs of slowing down. Her passion for the franchising model is now fuelling her desire to strengthen the framework of the industry in her role as the CFA’s top executive. The decision to move to the not-for-profit sector may have surprised some industry professionals, but for McNeil it marked a natural transition.

“It wasn’t very complicated. I thought I could make a difference,” says MeNeil of her decision to take on the top job at the country’s most influential franchising organization. “It’s about building relationships and building a great culture with your internal team that will flow through to your members – all skills I learned while working with franchisors and franchisees.”

This is a somewhat deferential characterization of her skill set, given McNeil’s enviable career climb. While self-congratulatory back-patting is not her style, McNeil’s professional history tells the story of a consistently successful senior executive with a tremendous talent for building profitable franchise businesses across different brands.

By way of example, during her 12-year tenure at Dairy Queen Canada Inc., McNeil helped launched the Grill & Chill concept, spearheaded mandatory renovations – completing 196 refurbishments within a three-year time frame – and oversaw the rebranding of the company logo from Dairy Queen to DQ. This large-scale reconceptualization led to a net positive growth of about 25 locations a year in the Canadian marketplace – a marked difference to the company’s earlier pace of growth. In her final position with the venerable quick service chain, McNeil was VP of franchise development and design, and one of the few signing officers in Canada.

What many in the industry don’t know is that McNeil’s work in franchising stretches as far back as her student days, when a part-time job behind the register at a Petro Canada station in Guelph, Ontario grew into a managerial position. It wasn’t long before the young McNeil was looking after multiple functions that included ordering, payroll, hiring, and firing – all while continuing her full-time studies. “That’s where it all started, my work in the franchise business,” says the Owen Sound, Ontario native.

McNeil eventually completed her master’s degree at Wilfrid Laurier University and, after a brief stint working for a trading company, moved to a full-time position with Little Caesars of Canada for a marketing role that quickly transitioned into a franchise development associate. It was during her two years working at the pizza chain that she “got bit by the franchise development bug.”

“I call it the ‘wow’ factor,” explains McNeil, “When you take an initial call from somebody who’s interested in your brand and then you follow that person all the way through the process until they open a location and you see them behind the front counter. We worked with this franchisee to create something from nothing to help them make their dream come true – the dream of owning their own business – that’s the ‘wow.’ It still gets me to this day.”

Outside of her lengthy tenures with Little Caesars and Dairy Queen, McNeil also worked in a developmental capacity for two other franchising giants: Boston Pizza and YUM! Restaurants International, where she worked with the Pizza Hut brand. This eventually led to her running her own consultancy business, McNeil & Associates, where she used her well-hewn skills to assist in the development of new and existing brands. “I realized there was a need in the market for people with franchising experience to go in and provide assistance to brands looking to rebrand or increase their growth, and I always considered myself a brand builder,” she says.

It may not be unusual, but it’s certainly not commonplace for women to have achieved the high-level executive success attained by McNeil in the franchise industry. While reluctant to comment on the reasons for the shortfall, McNeil shows no hesitancy when it comes to accounting for her own rise in an industry where women are still making inroads. “Hard work, determination, resiliency, and grit,” she says. “It was not unusual for me to be the only woman in the room. But it’s all about getting down to business and not taking things personally. You have to be able to bounce back and keep moving.”

True to form, moving is second nature to McNeil, as evidenced by her most recent decision to take the reins at the CFA, a position she’s now held for over a year. Fuelled by a desire to make a difference, and encouraged by numerous colleagues to make the leap, McNeil is embracing her not-for-profit work with the same zeal and energy she’s shown for franchising throughout her career. It represents a natural progression and one that follows many years of working with the association as a board member, chair of its branding committee, and active participant in its education and editorial committees.

On a personal level, McNeil is enjoying taking the time to talk to the association’s many members – 750 at last count – to learn about their business plans and better understand their stress points in order to maximize the services and support offered by the CFA. Education, community building, and lobbying are key goals. “We advocate on behalf of our members to protect and grow the franchise business model. It’s important for franchisors to understand what’s going on with the government and how that will affect franchising,” explains McNeil. Other priorities include introducing a Certified Franchise Executive (CFE) program, working with the International Franchise Association (IFA), celebrating the diversity of the franchise community, and increasing the number of women in franchising.

The CFA president is optimistic about the continued growth of franchising across the country and the opportunities this presents, both for aspiring franchisees as well as the professionals working on the business side of things, i.e., specialized accountants, marketers, sales staff or legal help.

She is also pleased to see younger entrepreneurs entering the fold: millennials who are proactively choosing franchising at the start of their careers. “It’s a growing trend; they’re very entrepreneurial,” says McNeil, noting that this stands in stark contrast to the more vigilant ways of preceding generations and could prove a promising development.

Having helped many franchisees build strong, lucrative businesses, McNeil has more than a few helpful hints for fledgling entrants to the industry, both young and old. Topping the list is doing the necessary research to find a concept that matches your persona and what you ultimately want from life. It’s a contractual relationship that binds franchisee and franchisor in a partnership lasting many years, stresses McNeil, so you need to ensure it’s a good match. “Whether it’s a nail salon, a dry-cleaning business, or a casual dining restaurant, you need to do the due diligence to match the brand to your own lifestyle choices and your own values,” she counsels.

McNeil also advises aspiring franchisees to brush up on their people skills and work at building solid relationships, because franchising is ultimately “all about people.” While you may not need to be an outgoing, gregarious sort to build a successful franchise, you do need to be a good communicator and an active listener. In fact, says McNeil, “the greatest people skill that individuals can develop is their listening skill – to listen to understand, and not to listen to respond.”

Given McNeil’s track record, these are wise words spoken by someone who is well worth listening to.

With many years of franchising experience, working directly with franchisees, McNeil knows what it takes to find franchising success. Here, she outlines her top tips for women who are looking to make their franchise business dreams become reality:

Day in the Life: Learning the Language of the Dog

Leadership Profile: On The Cutting Edge