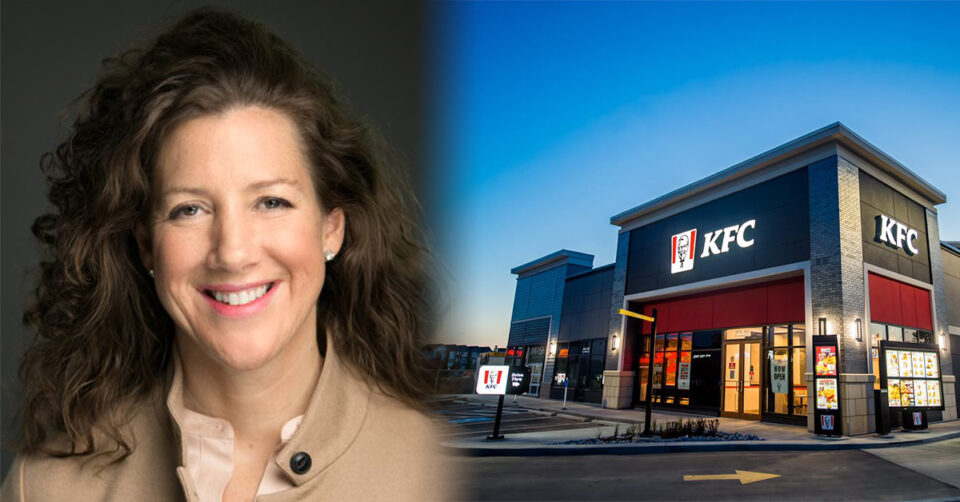 Aim high, they say, and Catherine Tan-Gillespie listened. While still a young student growing up in Evesham, U.K., she aspired to one day be just like Richard Branson, the legendary visionary behind the Virgin Group.

In the world of business, you can’t aim much higher than that.

“Yes, it’s true,” chuckles Tan-Gillespie, now the president and general manager of KFC Canada. She explains that she admired Branson’s innovative, ambitious, yet very human approach to business. “Branson understands the idea of capturing people’s imagination and being very single-minded about what a brand stands for. He’s a visionary, but he also seems to really care about people. I wanted to be the female version of him—and I still do, actually.”

Tan-Gillespie has yet to acquire the perks of Branson’s uber-wealthy lifestyle—“I don’t have an island, I have an RV!” she laughs. But she’s certainly been a visionary throughout her career, primarily in the QSR and food and beverage industries. It’s a career that has extended across three continents and four countries, and has included positions at leading brands like PepsiCo, Dairy Farmers (a well-known Australian brand), and Sony Pictures Entertainment.

Tan-Gillespie began her successful professional life more than 20 years ago, starting small with an internship at Hewlett-Packard followed by a succession of jobs with PepsiCo. It was during her time with the global beverage giant that she embarked on her first move abroad. She asked Pepsi if they would transfer her to Australia, and they agreed.  “I was in my mid-20s and told my parents I’d be gone for 18 months. I stayed around 18 years,” she says. “I loved the culture, I loved the people, the weather. I met my husband there and had my two daughters there—they’re all Australian.”

Not long after arriving to the island country, Tan-Gillespie joined Dairy Farmers, an Australian leader in milk and other dairy products. She started as a national account manager in sales but eventually switched to marketing—a move she actively pursued. It involved hiring a marketing mentor for a year, with costs covered by the company. “I didn’t just want to sell what someone else had strategically built,” she explains. “Marketing felt closer to the customer and closer to the strategy.”

Following a lengthy tenure with Dairy Farmers, Tan-Gillespie moved on to new marketing positions with Sony Pictures Entertainment, Goodman Fielder (a regional food company with 120 brands) and finally, in 2015, with KFC South Pacific. KFC’s extraordinary history, legacy, and workplace culture cinched the deal for her. “I fell in love with the legacy of the KFC brand,” says Tan-Gillespie simply.

It was a fortuitous move. Just two years after joining the fast-food brand, Tan-Gillespie became KFC’s global chief marketing officer and moved to Dallas, Texas to oversee the marketing component of its worldwide operation. In her work as the brand’s chief marketing guru, she rolled out some of the best and riskiest campaigns the company had ever developed.

This included a stellar ad created in response to a supply chain breakdown that saw KFC’s U.K.-based restaurants run out of chicken. The reaction to something so catastrophic had to be swift and effective, and it was. The ad showed the famous KFC bucket with its name misspelled as ‘FCK,’ accompanied by a heartfelt apology below.

It was a gamechanger for a company that had historically played it safe with its messaging, but Tan-Gillespie pushed for it and the ad worked, winning three golds and a silver at the 2018 Cannes Lions. “It was something I was passionate about doing, so we made it happen in 24 hours,” she says. “I’m not taking credit for [creating] the ad—that belongs to our U.K. CMO—but we made it happen.”

Tan-Gillespie also oversaw the rollout of another cheeky ad, this time released when the COVID pandemic turned KFC’s legendary ‘Finger Lickin’ Good’ slogan into a health hazard overnight. Instead of changing or dropping the tagline, however, the company opted to blur the ‘Finger Lickin’ part out of their ads. The campaign was a smashing success, receiving more than two billion impressions online and boosting brand word of mouth by more than 3,000 per cent. “We turned it around quickly and ran it in 97 countries,” notes Tan-Gillespie.

This type of out-of-the-box thinking cemented Tan-Gillespie’s reputation as a skilled marketing strategist, but her career-climb was far from over. Earlier this year she made another dramatic move, this time relocating her family to Canada to take the reins of KFC’s Canadian operation, overseeing 607 franchised restaurants across the country.

The move presented a longed-for career opportunity for Tan-Gillespie, who was eager to plunge her hands into yet another new challenge, and country. “I was given this incredible opportunity to run a business in its entirety for the first time in my career,” she says, “And my family loves Canada—we’re outdoorsy people and Toronto is a great international city. So for all those reasons, it made a ton of sense.”

KFC Canada had just completed one of its best sales years ever, with same-store sales growing by seven per cent in 2021. Tan-Gillespie is keen to build on this momentum. Her focus is to keep growing the business and to make the KFC brand even more relevant and sustainable with what she dubs its “red and green” approach. “The red [part] is about making our brand more relevant, easy and distinctive, and the green is about sustainability,” she explains. KFC was also the first chicken chain in Canada to introduce a plant-based fried chicken substitute, and has made strides in eco-friendly packaging. “Already, the team has done some incredible work in terms of bamboo buckets and paper straws and bags, but I feel there is a lot more that we can do on the green side.”

From an operational perspective, the company is committed to expanding its chain of restaurants, especially in the B.C. and Quebec markets where penetration is lower. What it looks for in its franchisees is, first and foremost, people who enjoy working with people. “Putting people before profits is number one because we are in the hospitality industry and it’s about creating strong, diverse teams,” explains Tan-Gillespie. “Number two is being good at operations and having the mindset to invest in the short-term and long-term. That’s really important—we call it ‘sales overnight and brand over time.’”

In many ways, Tan-Gillespie encompasses everything she looks for in KFC franchisees. She’s invested in the brand for the long-term, and her dynamic, energetic personality thrives on “the people side” of her work and collaborating with others to grow the brand. “We’ve got a great team that takes an original approach to business and wants to make a difference and to have fun, and that’s something I’m really passionate about,” she says.

That, and the Colonel’s inimitable fried chicken, which is delicious regardless of what words can be used to describe it. “In the end,” says Tan-Gillespie, “it’s always about the food.”

Day in the Life: Easy Fix

How to Spot a Franchise