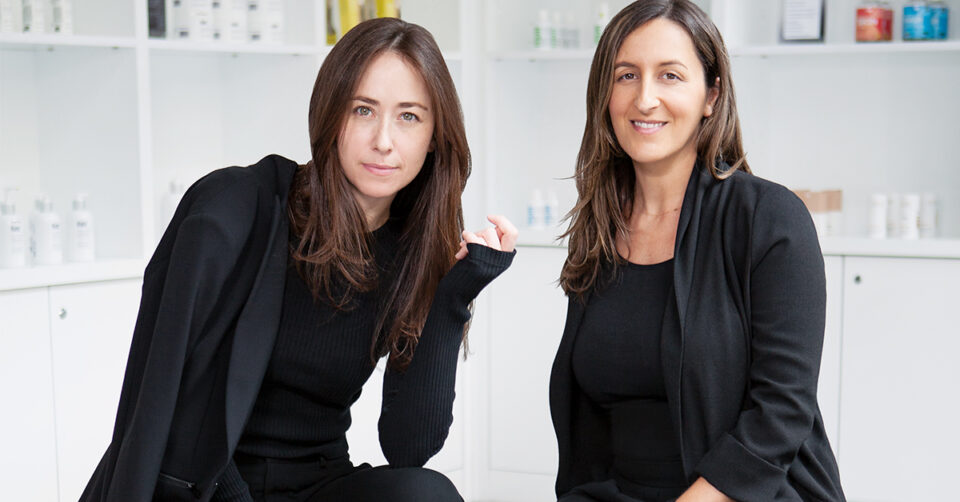 Fuzz Wax Bar is making big moves in the beauty industry: from the announcement of gender-neutral services and going green to expanding into the U.S. while preserving core values

If you dig into the backstory of any franchise across Canada, you may find some intriguing and unique tidbits about how a brand went from idea to triumph. For Fuzz Wax Bar founders Jessie Frampton and Florence Gaven Rossavik, their franchise success story started in a vintage clothing shop in Toronto, Ontario 12 years ago. Frampton says she did something she’s never done before: went up to a stranger to ask for advice on a sweater she wanted to buy. That stranger ended up quickly becoming a new friend and then business partner just three months later.

“Fuzz Wax Bar is membership-based waxing only salon for everybody,” explains Frampton, noting that she and Rossavik co-founded it in 2012. “At the time, there were no concepts similar to ours—there were nail, brows, and hair bars, but no wax bars. [We] successfully brought the wax-only concept to the Toronto market and launched North America’s first membership-based beauty bar.”

Together, the duo grew the brand to 16 wax bar locations across Canada, including eight corporate locations and five new franchises to come this year. Locations include Red Deer, Alberta; St. John’s, Newfoundland; Vancouver, B.C.; Edmonton, Alberta; and of course, their hometown of Toronto.

The Fuzz brand is growing and has its eye on a brand-new market south of the border.

“We’ve started selling franchises in the U.S. as of March 2022,” says Rossavik. “We’re already coast-to-coast in Canada, so we’re going to keep growing the Canadian market, but the U.S. is our next priority.”

The two co-founders work together, with Rossavik overseeing operations, finance, administration, and franchise development, acting as the point of contact for all prospective franchisees to learn the ins, outs, and core values of the brand. Frampton takes care of marketing, branding, PR, corporate culture, and design with a creative flair for inclusivity.

“So, is there space for us? Absolutely! We’re two founders who believe that competition is healthy, we offer a different level of experience than what [others are] currently providing, and there’s a massive market,” explains Frampton. “They’re almost too big [in the U.S.]; their territories are selling out, and we see a unique opportunity to get in and add something different.”

Frampton and Rossavik say that when they first opened, they always knew they wanted to be as inclusive as possible in their business practices. “When designing the space, we made sure it was gender-neutral, and while doing the price list, that it was affordable. We knew we wanted to be unisex, nothing that’s too girly, and our colours are very gender-neutral,” says Frampton.

Fuzz’s gender-neutral values are evident from one peek at the services offered on the brand’s website: waxing for essentially any part of the body regardless of gender and with no price differences.

“We recently made a change to gender-neutral services. For us, it was the natural step, but we’re very proud of this change, it represents who we’ve been all along,” says Frampton. “What gender-neutral means to us is there’s no more male or female on our member list, so there’s one price for everybody. It’s also in support of our LGBTQ+ community, to make them feel more comfortable and confident. We said, ‘You’re not charged extra money for a larger size when shopping, so why are we charging clients differently because of how they identify?’ We’re very proud of that differentiating factor right now, as we don’t think many other brands are taking that step. Our hope is that we’ll be the steppingstone for other brands to join in and support that community.”

As part of this shift, the co-founders coined new terms for waxing services: The Kini™, The deep Kini™, and The Zillian™. When booking an appointment for below the belt services, clients only need to identify what their anatomy is so that the staff know what they’ll be waxing, but everything else remains the same for any gender.

Environmental consciousness is a growing theme within the beauty industry, and Fuzz places a refined focus on being environmentally friendly and reducing waste production. To help with this initiative, salons across the country can partner with Green Circle Salons to educate and inspire brands to repurpose and recycle leftover resources and goods.

This was one more initiative on the co-founders’ agenda: Fuzz Wax Bar is now Green Circle Salon certified. “Green Circle reached out to us, and we found it was a good time now,” explains Frampton. “It was a pretty big launch, given how many locations we have. Their values are also aligned with ours—they’re also Canadian founded and expanding into the U.S.—so it made sense to partner with them. When we were building our products [for Fuzz], being as natural and clean as possible is a core value, so we’ve always used products that are natural.”

As part of this initiative, Fuzz recycles and recovers up to 95 per cent of waste generated at every wax bar.

When it comes to what Frampton and Rossavik look for in new franchisees, they emphasize a sharing of their core values and inclusivity within a female-founded brand.

Those four core values are: ‘Personal and professional growth. Always.’, ‘Smooth experience from start to finish’, ‘Be real. Be Open. Be true.’, and ‘Choose positivity—strip away the negative.’

“Right now, we have five active franchisees and they’re very different but have one thing in common: they adhere to our core values and our brand. They understand where we want to go with them,” explains Rossavik.

Frampton adds, ‘We’re a 10-year-old brand, but we’re also two young female founders and there’s a lot of innovation and change that comes with that. So, you have to be adaptable, and willing and open to change. That’s a huge quality we look for when it comes to Fuzz: you’re not afraid of change. We’re going to support you, stand by you, and do a lot of the work for you, but you have to be open minded too.”

Franchisees can choose between being manager partners that work in the business every day or semi-absentee partners, but regardless of which route they take, they must know the business inside and out. The selection process takes about six to eight months, which comes with being a brick-and-mortar business, and after opening, franchise partners have ongoing support and regular meetings with the corporate team. Within a few years, multiple existing franchisees have grown into opening their second and third locations too.

The co-founders also note that they welcome men to join the system, and recently brought on their first male franchisee, who hired their first male employee last year. “In order for us to be a more gender-neutral salon, we need those opinions from everyone. We’re growing alongside them, so their feedback is very important to us. If our values are aligned, Fuzz is for everybody,” says Frampton.

She adds, “I can only hope that Fuzz starts something pretty big in the beauty industry. I think there are massive changes coming for everybody, and we can be a catalyst for other brands to get there.”