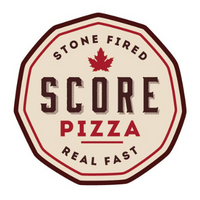 Score Pizza today announced its’ expansion into the East coast and confirms development plans for at least three locations in Nova Scotia. This milestone is a major move for Score Pizza and part of its’ Canada-wide expansion plans.

“I am excited for our new franchisees, who excel in business operations and also our new location will be female-led” says Angelee Brown, Director of Franchise Development at Score Pizza.  “Going to the East is a natural move for Score Pizza as we were founded in Kingston, ON”.

The first location is slated for Halifax, NS and will be opening in Summer, 2022.

This news comes in the wake of many recent initiatives and accomplishments of the company, including:

“The work we are doing to consistently innovate Score Pizza is paying off-we are fielding upwards of ten inquiries a day for Score Pizza”, says Angelee Brown.

“There is no better time than right now to consider Score Pizza as we are in the fastest development in our history of Score Pizza and we have expanded our team, support systems and have a solid plan for growth for 2022 and beyond”, explains Score Pizza President, Joel Braunstein.”

To inquire about owning your slice of the pie with Score Pizza, please contact Angelee Brown at franchise@scorepizza.ca.

Wake Up to Something Better: Wendy’s Announces Breakfast Launch in Canada