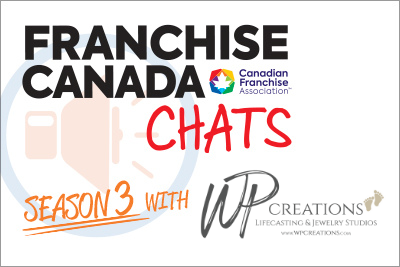 In this episode, we talk to Jamie Berube, president and CEO of WP Creations, who joined the head office team in 2013 and eventually became sole franchisor after their founder retired.

Originally called the Wee Piggies foundation, Jamie used her experience in sales and training to build her team of home-based franchisees by offering extensive training and an ongoing support system. Now, WP Creations is thriving with more than 30 locations spread coast to coast while keeping the company’s original traditions.

During this episode, Jamie shares:

The Process of Opening a Franchise (VIDEO)

The 10 Must-Have Traits of a Successful Franchisee (VIDEO)