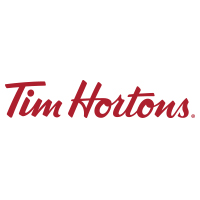 A Double-Double™ and a Boston Cream donut were Canada’s favourite Tim Hortons go-tos of 2020. But while the top coffee orders of 2020 were consistent across the country, the top Tim Hortons donuts of the year differed depending on where you are in Canada.

The Apple Fritter was the top Tim Hortons donut in Ontario, the western provinces and the territories in 2020, while the Honey Cruller was No. 1 in Quebec.

“Boston Cream donuts are a classic and I’m not surprised it was Canadian Tim Hortons guests choice this year,” says Tallis Voakes, the new Culinary Lead for Tim Hortons who is overseeing quality improvement across the menu in 2021.

“It’s a filled, soft, yeast donut and has delicious chocolate and creamy vanilla flavours. The concept for the donut comes from a Boston Cream Pie recipe that’s over 100 years old — it’s so cool to me to see how dishes evolve over time.”

But for Voakes — whose culinary background includes training at Le Cordon Bleu in Ottawa, working for some of the world’s top chefs, and even cooking for the Queen — there’s another Tim Hortons donut that can’t be beat.

“I agree with my friends in Quebec, the Honey Cruller is my jam,” says Voakes. “But it’s like anything else, everyone’s got a favourite and there’s no wrong answers.”

When it comes to the top coffee orders, the results at Tim Hortons were consistent across the country. The classic Double-Double™ was tops, followed by “regular” — one dairy, one sugar — and then a simple black coffee was the third most popular order.

In 1964, the first Tim Hortons® restaurant in Hamilton, Ontario opened its doors and Canadians have been ordering Tim Hortons iconic Original Blend coffee, Double-Double™ coffees, Donuts and Timbits® in the years since. Over the last 55 years, Tim Hortons has captured the hearts and taste buds of Canadians. Tim Hortons is Canada’s largest restaurant chain operating in the quick service industry serving over 5 million cups of coffee every day with 80% of Canadians visiting one of nearly 4,000 Tim Hortons in Canada at least once a month. More than a coffee and bake shop, Tim Hortons is part of the Canadian fabric and guests can enjoy hot and cold specialty beverages – including lattes, cappuccinos and espressos, teas and our famous Iced Capps™ – alongside delicious breakfast, sandwiches, wraps, soups and more. Tim Hortons has more than 4,800 restaurants in Canada, the United States and around the world. For more information on Tim Hortons visit TimHortons.ca.

For further information: please reach out to mediainquiries@timhortons.com

Publisher’s Message: The Resilient Franchise Industry Will Remain Strong in 2021