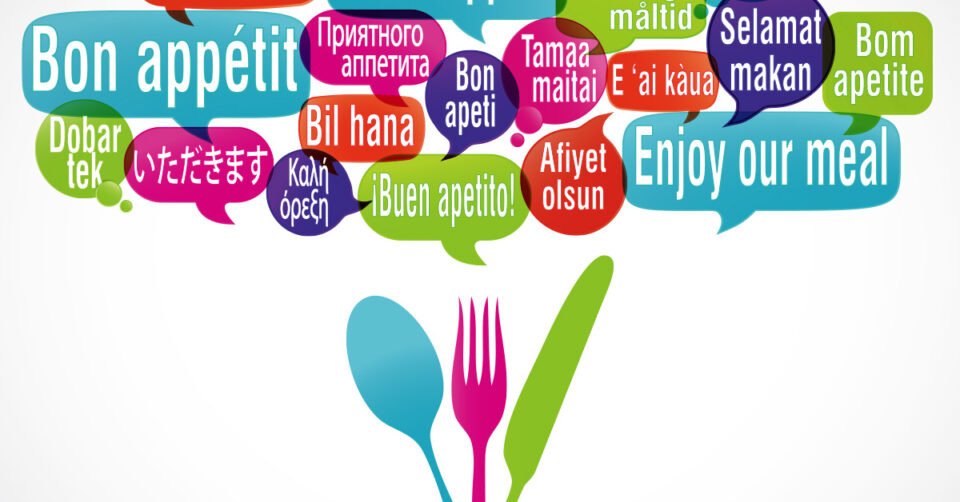 With the pandemic keeping most travellers from globe-hopping to other countries, it’s great to know there are still so many ways for Canadians to travel with their taste buds. Diners in Canada love to sample international cuisines, and despite the challenges of the pandemic, these four franchises are going stronger than ever.

Edo Japan was founded in 1979, by Reverend Susumu Ikuta, who loved Japanese food, wanted to share it with Canadians, and hoped to provide new Canadians with a chance to own their own business. Today, Edo Japan has 159 franchised locations and six corporate locations, for a total of 165 restaurants.

Pre-pandemic, 50 per cent of Edo Japan’s business was dine-in. Minnett says the franchise’s mall locations were affected by pandemic closures, but street-front restaurants thrived. The franchise leveraged its digital ordering platforms, made it safer to get in and out of the restaurants using pick-up shelves, and started selling its bottled teriyaki sauce.

Moving forward, Minnett says Edo Japan is making its restaurants more convenient for dine-in and takeout. In addition, he thinks Canadian customers have become more interested in international cuisines and flavours. “If you look at the ethnic population base and how much it’s grown, families are bringing in their own cultural preferences and tastes.”

Minnett notes that Edo Japan is a great option for people looking to get into business for the first time. “Edo is a better lifestyle choice for our franchisees and their families—no early mornings and no late nights.”

One challenge lies in the busyness of the restaurant, which can make it difficult to train new staff.

The team at Edo Japan looks for franchisees who believe in the concept, are willing to learn, and want to serve customers, adds Minnett.

There won’t be any plate smashing, but you might feel like kicking up your heels after a meal at OPA! of Greece. The Greek food franchise was founded by Niko Tiginagas in 1998 in Calgary, Alberta, with its first location in the city’s Market Mall.

Today, the franchise has more than 100 locations across Canada, from British Columbia to Ontario, as well as a few locations in the United States.

As with many businesses, the franchise saw a slowdown of in-person traffic during the pandemic. “Our franchisees adapted very well to the greater demand from online delivery systems and takeout orders,” says MacDonald. “This included investing in a dedicated app, extending our reach to customers, and making it easy for them to order online for takeout or delivery.”

New franchisees with the system undergo a fourweek training program. “We offer extensive training and hands-on support, both in the initial start-up and ongoing with regional managers to grow the business,” MacDonald explains.

Corporate office also works with franchisees to help them find the best locations and drive revenue. “A happy franchisee is a profitable franchisee,” says MacDonald. “The franchisees who are successful have good locations, but most importantly, they’re invested heavily in the operations of their stores.”

He adds that franchisees can be affected by the fluctuation of the economy, food and labour costs, and consumer trends.

More than 20 years ago, Sam Osmow’s sandwich shop was chugging along, selling submarine sandwiches, when something happened. “One day [Sam] was having a more traditional shawarma meal and a customer came in and wanted to try it. They loved it. Then he realized maybe there was a market for Middle Eastern cuisine,” explains Ben Osmow, Sam’s son and CEO and head of franchise operations for Osmow’s.

That was in 2001 in Streetsville, a neighbourhood in Mississauga, Ontario. There are now 130 franchise and corporate locations across the country, with locations opening in Saskatchewan and Manitoba.

According to Osmow, the benefits of investing in an Osmow’s franchise are strong brand marketing and franchisees’ inclusion in the decision-making process.

Osmow says supply chain and labour issues caused problems during the pandemic. At the same time, “We didn’t see the dip in walk-in sales that a lot of brands did. We were able to pivot quickly and had a huge elevation in delivery sales.”

When it comes to finding new investors, Osmow says “We like franchisees who are go-getters, who’ve done their research, who love the food, and who give a good reason as to why they would operate one of the best locations.”

The Osmow’s team also loves receiving feedback from franchisees. “Some of our franchisees have come up with menu items that have been on our menu for years now.” To get new franchisees up to speed on the Osmow’s system, the franchise offers in-class training and live training in a restaurant.

As for what determines franchisee success, Osmow says “It’s all in your hands. You are the one who is going to determine your own success.”

Steve Gill, the founder and CEO of Quesada, describes the franchise’s concept as quick service Mexican food. “Other companies stray towards [a mix of] international flavours, but we concentrate on highlighting various aspects of Mexican cuisine and give people the opportunity to experience Mexican flavours.”

Gill brought the idea for the franchise from his time living in Colorado in 2004, where he encountered a wide variety of Mexican restaurants. He figured the zesty, tasty food would be a hit north of the border—and he was right.

Gill says Canadians are very open to new flavours. “We have a lot of new populations bringing a lot of interesting and exotic national flavours. They’re willing to try new things.” Quesada has since opened 172 franchise locations, with at least 20 more currently in development.

During the pandemic, the franchise made changes to keep stores afloat. “We spent a good deal of time finding out how people could qualify for government benefits and waived all royalties,” says Gill.

Luckily, he adds, “the restaurant was 50 per cent takeout to begin with, so we switched to takeout or delivery with providers like Uber Eats.”

Incoming franchisees can look forward to online pretraining, in-store training, and up to two additional training days per year.

An ideal franchisee must have a passion for what they’re doing. “We’ve changed our franchisee selection process to make sure we get to see them in a restaurant before making a decision,” notes Gill “They have to want to be in the restaurant business, enjoy working with and serving people, and enjoy the food itself. You can’t sell something you don’t like.”