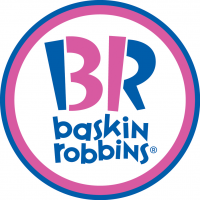 On the eve of National Ice Cream Day (July 18) and the approach of its 50th anniversary in Canada (September), Baskin-Robbins Canada wishes to extend a sincere thank you to Canadians for entrusting its franchisees, team members and brand to help brighten up lives and morale during the past 17 months of pandemic living and adjustments. Over the past year, it’s been increasingly clear to the brand and its team members that guests at all of its 104 shops in Ontario, British Columbia, Manitoba and Quebec have relied on them for more treats and service than in years prior. Same store sales growth across most if not all of the network has hit levels not seen in recent memory.

“We are extremely humbled and grateful for the trust Canadians have placed in us during these challenging times,” says Mike Gooding, the longest-tenured representative of Baskin-Robbins in Canada with 34 years of service. “All of us, at work and in personal circles, have been surrounded by challenges. Through it all, we’ve seen a great humanity among people, neighbours and also the business community. We’re proud of our collective resilience and that includes the work of our franchisees, who have done their best to pivot with us in order to keep our service level. We’re honoured by this vote of confidence and that we’ve found ways to deliver our product and promise of smiles through it all.”

Delivery and take-out service has played a big part in the brand’s resilience and success during the pandemic. Some stores have seen close to a doubling of sales figures due to demand for delivery, for example.

“We’re in business to meet the demands of our guests,” says Ronnie Liu, an Ottawa-based franchisee with Baskin-Robbins since 2016. “In the early months of the pandemic, we realized expanding our hours to accommodate the late-night consumer was a contributing factor to our success.”

Numbers from the first half of the summer season indicate that delivery continues to do well.

To celebrate National Ice Cream Month, Baskin-Robbins Canada introduced earlier this month its second lineup of creative ice cream sundaes, known as Creature Creations® Into the Sea– this is the second iteration of the refreshingly different and adorable ice cream treat that features a dolphin, shark and turtle.

To order delivery or take-out from Baskin-Robbins or for shop location and hours, please refer to the company’s store locator.

Baskin-Robbins was founded in 1945 by two ice cream enthusiasts who shared a dream to create an innovative ice cream shop that would be a neighbourhood gathering place for families. Today, Baskin-Robbins Canada operates 104 locations in Ontario, Quebec, Manitoba and British Columbia.  More than 300 million people around the world visit Baskin-Robbins each year to sample from the more than 1,300 flavour creations available in its ice cream library, as well as enjoy its full array of frozen treats including ice cream cakes. The brand will commemorate 50 years of service to Canadians later this year.