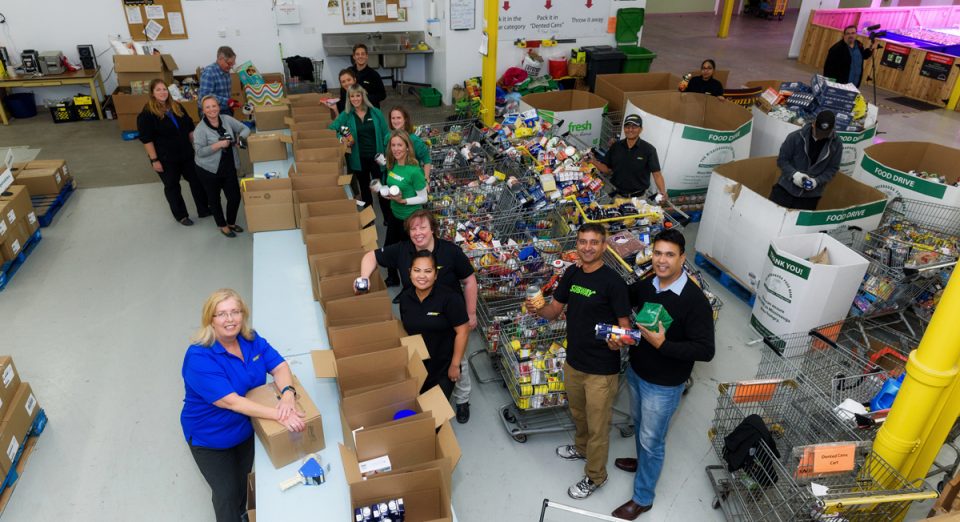 For some people, a sub is just a sandwich, but through Subway® Canada’s partnership with Food Banks Canada, these quick service offerings are helping to fight hunger in communities all across the country.

Before 2016, Subway® franchise owners gave locally within their individual communities across the country, and the World Sandwich Day partnership with Food Banks Canada has elevated that giving to a national level. The program runs like this: for every sandwich and drink that Canadians purchase during the donation period, the monetary equivalent of one meal is donated to Food Banks Canada.

The 2018 World Sandwich Day program, which ran from November 3-17, 2018, was the icing on the cake, or the mayonnaise on the sub, depending on how you look at it. Two million meals were donated to hungry Canadians, and the campaign helped to raise awareness of hunger in Canada.

The partnership between Food Banks Canada and Subway® was a natural fit, according to Cristina Wells, Senior Marketing Director, Subway® Canada, since the charity works closely with a network of food organizations across the country. “Subway® really does believe in giving everyone access to quality fresh food, which aligns well with Food Banks Canada’s drive to eliminate hunger,” she explains.

Through the partnership with Food Banks Canada, Subway® has been able to donate more than three million meals to people in need overall. “We’re really happy about that,” Wells affirms. “Giving back is something that’s ingrained in our brand culture.”

In addition to feeding the hungry, the 2018 campaign raised awareness about what Food Banks Canada actually provides to those in need. Along with the in-store campaigns, there was a pop-up activation in Toronto. “A lot of people still see food banks as offering non-perishable food items only, and through experiential showcases, we were able to demonstrate that they do actually offer fresh offerings,” says Wells. At the local franchise level, free holiday meals were also given to the homeless, and meals were sent to those affected by natural disasters.

The response from the franchise owners themselves has been overwhelmingly positive. “They’ve been really supportive of all of our community initiatives, and they are proud that they have their own relationships with the charitable donations within their region,” explains Wells. While the franchise owners happily joined the national campaign, some still choose to donate additional time and sandwiches in their own communities.

In Ontario, restaurants also partnered with Feed Ontario for the Sub of the Day initiative. This program was similar to World Sandwich Day, and saw the donation of one meal to the Ontario Association of Food Banks for every 10 Sub of the Days purchased.

Through these partnerships, the individual Subway® franchises were able to see an impact in their own communities. “We continue to see that ongoing support within the communities and they really do help keep the shelves stocked in food banks across the province,” Wells says. “Our franchise owners are so involved and supportive of all of our charitable initiatives.”

Moving forward, Subway® remains committed to continuing to support community-based initiatives. “Giving back is such a strong part of Subway® Canada’s brand culture in communities all over the world, and we are definitely committed to making a difference where we live and work, so each year we support charitable organizations through both national and local donations,” explains Wells, adding that the franchise system is currently solidifying plans for its exciting upcoming 2019 giving program.

Growing Together™ with Franchising and the CFA

New to the Crew