Josh Albert started with Metropolitan Movers in December 2014. Initially hired as a helper, Josh quickly looked into training to see if he was eligible to drive the truck and become a crew manager. He soon realized that he wanted to start his own Metropolitan Movers franchise and found a mentor in his boss at the time. Soon, he sat down with CEO Benny Presman to put together a business plan. Benny also helped with initial capital for equipment.

For Josh, franchising was a no brainer. He went to school for business and had watched his parents work as entrepreneurs throughout his childhood. However, Josh says that franchising has made business ownership a lot easier. “With franchising, basically everything’s been developed with a structure already. There’s no real trial and error anymore.”

Josh says that he’s already looking to the future and the growth he’s looking to achieve. “I wake up going to work feeling like I’m achieving something bigger.”

Josh definitely has big plans. An avid basketball fan, he hopes to be able to support local basketball in his community. Metropolitan Movers also gives back to the community by helping customers move unwanted furniture to consignment stores like The Salvation Army.

Josh says that the best part of franchising is the support he’s received along the way. “It’s not just you, and you’re not alone. There are people in your corner.”

Paul Hoverenkov has also found success as a Metropolitan Movers franchisee. Paul started in June 2014 and decided a few months ago that he wanted to own his own franchise. He says it was an easy decision to make. “I know the business and I knew that I could handle it by myself.” 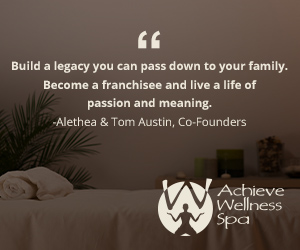 Paul says Metropolitan Movers was helpful and supportive of his decision. “The company encouraged me because they knew what I was capable of.”

Getting to spend time with his family as well as not being on his own are some of the things Paul enjoys about being a franchisee. “As the owner of a franchise, I have more time to be with my family on weekends and holidays,” he says.

For both of these employees-turned-franchisees, franchising is all about being given the opportunity to show your skills and work for yourself.

The First Year: Success on the St. Lawrence

The Benefits of Franchisee Advisory Councils