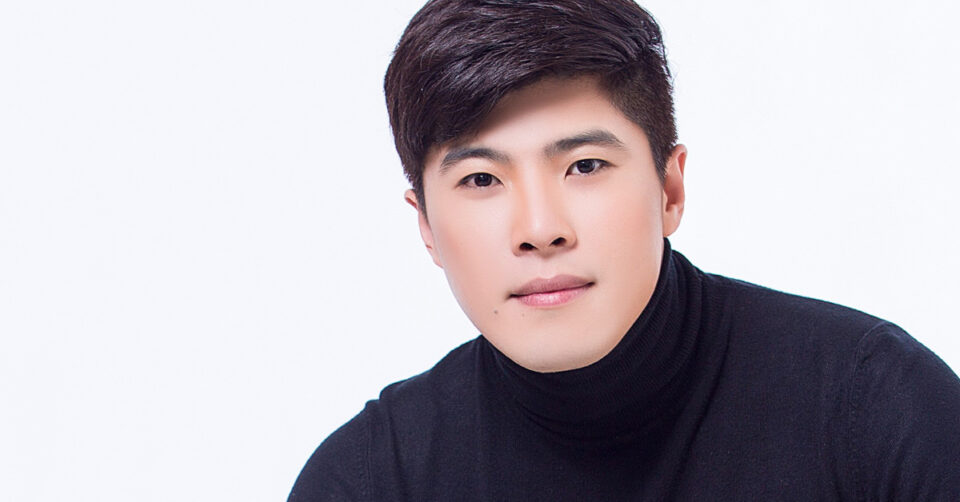 Peter Han represents a modern-day immigrant success story, and it’s one that’s still in the making. The young entrepreneur came to Canada with his parents at the age of 17. Just seven years later, right after graduating from university, he had already launched his own tutoring business.

“I realized that a lot of students were really struggling and that there were no tutoring agencies or ‘academies’ that could help them,” says the CEO and founder of Bluekey Education. “Students were facing challenges with exams and with their studies, especially immigrant students like myself from China, India, Korea, Vietnam, and other countries.”

Armed with that knowledge, Han drew on his own personal experience as a young newcomer and plunged into a new, foreign education system to set up a tutoring service that would help post-secondary students navigate this often-challenging world.

The impetus was a disconnect he observed when he first arrived in Canada from China as a teen. Initially Han completed his high school studies in Edmonton, Alberta, where his family had settled. Sciences and mathematics came easily to him, given the more rigorous curriculum he had already mastered in these subjects in China. English, on the other hand, proved more challenging, but there were many English tutoring services available.

However, when he attended the University of Toronto to major in applied sciences, Han noticed a vacuum. There was a lack of tutoring services targeting post-secondary students, despite the competitive culture found at one of the country’s top universities. Han observed that Canadian universities “encourage students to study independently, to figure out everything by themselves.” This stood in stark contrast to the tutoring support found abroad, where students readily get tutoring help as a normal part of their post-secondary education experience.

Similarly, Han noted the high numbers of international and new-immigrant students at Canadian campuses—students who, like him, may need some additional help acclimating to unfamiliar academic demands. “Canada is one of the western countries that accepts a lot of international students to study, but I noticed they didn’t have enough support. There wasn’t much out there in terms of university and college tutoring,” he says.

Instead, Canada’s more established tutoring companies were geared toward younger students at the grade school or high-school level, not university or college students. “I saw a gap in the market,” Han explains.

Gaps such as these are fuel for anyone with an entrepreneurial mindset and the drive and determination to forge their own path. Han was exactly one of these individuals, and he plunged himself into setting up his tutoring business shortly after graduating. “I thought I would give it a shot,” says Han. “I gave myself six months.”

The company’s beginnings were humble but well thought out. Han tapped into the wealth of talent available on the campus—young undergraduates or graduate students—to staff his burgeoning start-up, mostly on a part-time basis, and many of them were friends. His parents helped out with the initial financing, and in the early days, Han carried a lot of the workload himself. “I was doing everything,” he says. “I was teaching, marketing, and managing operations. I was a young entrepreneur.”

That was almost 10 years ago. Today, Bluekey Education has grown into a national tutoring business helping higher education students across the country. It has franchised two operations—both in Ontario—with plans to expand the franchising model to more locations in the future. “Our first franchised location opened in 2020, and we would like to open three to five franchises each year at locations across North America,” says Han.

The company’s initial growth was on the ground, as Han built the business by setting up brick-and-mortar tutoring centres at many of the country’s largest universities, including McGill University in Montreal, Western University in London, Carleton University in Ottawa, and the University of Alberta in Edmonton. With the arrival of COVID, however, the young entrepreneur pivoted to a more online business model to cope with the restrictions introduced with each new wave of the virus.

“When COVID hit, it was a shock. We thought, ‘What are we going to do?’ All the universities were moving their lectures online and students were back home, not on campus,” says Han of the moment when the grave reality of the pandemic became clear. “So, we introduced online learning as an additional tool to our in-person learning platform and began developing online learning resources.”

What was initially perceived as a nightmare scenario turned into a blessing. The transition to virtual learning allowed the company to target students outside of its established campuses, and even broaden its reach to students in the U.S.

Bluekey now markets itself as an online tutoring business with a reach of more than 300 universities. It offers a series of modules for first and second-year courses in popular study streams like math, the sciences, and economics, providing one-on-one personalized tutoring as well as group sessions and tailored exam prep sessions. It continues to rely on graduate and post-graduate students as part-time tutors, which helps keep its pricing model low for its target market.

Looking towards the future

Future developments for the company include an artificial intelligence (AI) enabled platform that Han is currently developing to cater to the rapidly-digitizing global education market. These features will expand the business beyond educational needs, to what Han calls an “ecosystem of products and services” for online tutoring.

Startup costs for franchisees are low—as little as $80,000, which covers the franchise and setup fees—and profits are often seen in the first year thanks to the unique nature of the post-secondary tutoring market. “There’s virtually no one else in this niche market,” says Han. “But the demand is strong because students need to pass their exams. You only pay a tutor once a student is lined up, so it’s a very low risk but high-volume business model.”

Han also launched the Bluekey Foundation, a non-profit organization that responds to the educational and health struggles that students face during the pandemic. The non-profit provides free, accessible support services to prospective and current higher education students who are battling everything from mental health issues to struggles in their studies. “We aim to help a lot of students who are facing learning difficulties or depression. Especially with COVID, students are more stressed, so we provide free webinars, consultations, and other resources.”

Han describes his ideal franchisee as someone with some customer service experience, as well as experience studying or teaching at a Canadian or American university. Beyond that, it’s all about having the right attitude and a strong desire to build and grow the company. He also recognizes the benefits of signing on young franchisees, pointing to his own experience a prime example. He feels his youth proved to be particularly advantageous.

“This is such a great experience when you’re young, even if you’ve just recently graduated like I had when I started,” says Han. “You’re strong, internally and physically, and you can devote yourself completely to building your company. You’re not thinking about taking a vacation; you’re motivated to grow your business.”

Having experienced life as a new immigrant himself, he understands what it means to acclimate to a completely new education environment and has made it his life mission to help others overcome similar challenges. For Han, “it’s all about helping more people become successful, confident, and innovative in the future.”

Next Generation in Franchising: A Slice of Success