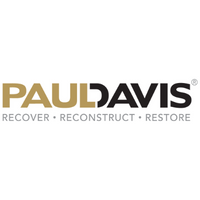 Peter Heary, President of Paul Davis GTA West Group, is honouring Ken Kinkade for 25 years of service at the franchise office. According to Heary, Kinkade was hired by previous owners at the Paul Davis office serving customers in Halton and Hamilton, Ontario and established the company’s first mitigation department. During this time, Kinkade hired the firm’s initial emergency services employees and was instrumental in developing an employee culture of delivering exceptional customer service, specifically in structural drying and environmental remediation services.

When Heary became the new office owner in 2004, Kinkade was on staff and recognized for his top performance in project management, while contributing to office accolades as Paul Davis Canada’s Franchise of the Year in 2002, 2010, and 2017. Heary has continued to depend on Kinkade for his expertise and as a mentor for new and existing crew members at the company.

Kinkade, 66 years of age, has been promoted within the firm from Mitigation Manager to Project Manager to Large Loss Project Manager overseeing staff in emergency services, repairs, restoration, and reconstruction for large and complex losses. Kinkade is currently a Senior Lead Technician where he works directly with property owners and is responsible for overseeing department teams and mitigation work.

“Through his years of experience, Ken recognizes that mitigation is essential in emergency services as it reduces the risk of secondary damage to buildings due to water, fire, smoke, soot, mold, and more,” said Heary. “He is quick to assess and accurately estimate losses. Ken works with customers and insurance carriers before damage causes worsening conditions or health problems,” he said. “Ken’s years in the business and his knowledge about the restoration industry helps our customers with a vast understanding about the importance of quick and proper mitigation.”

According to Kinkade, his partiality to the business is due to helping people in catastrophic times of need. “If my work is not done within 24 hours of the damages being incurred, the possibility exists for secondary damages. Without mitigation management, property owners may end up spending hundreds if not thousands of dollars more on replacing damaged items, rather than cleaning, restoring, and repairing them,” he said.

Heary added, “Ken has always performed within the Paul Davis values to deliver what you promise, respect the individual, and take pride in what you do,” he said. “I am incredibly proud to have worked alongside Ken for many years and extremely pleased that Ken is still delivering our products and services in such a meaningful position working directly with property owners.”

Heary and Kinkade began working together at the same Paul Davis office as employees in 1998. In 2002, they were named as top Project Managers in Canada with millions of dollars in sales.

Kinkade first joined the Paul Davis office in 1997 and became the company’s lead technician in emergency services. Later, with office ownership by Heary, Kinkade took a brief break from work and came back to work in his current capacity as Senior Lead Technician. Kinkade is pleased to do the work he describes as his ultimate role in the business and has no plans to retire anytime soon.

Earlier in Kinkade’s career, he worked in areas north of Toronto as a landscaping foreman, and truck tire specialist, among other occupations. He grew up in the Ontario communities of Weston, Keswick, and Sutton where he graduated from Sutton District High School. Kinkade and his family reside in Burlington, ON.

Paul Davis GTA West Group, is the Canadian company’s longest, and continuously running office. Since 2017, Heary’s office is a leading Paul Davis “Lighthouse” franchise among the top 20 offices in North America. Paul Davis owners and employees hold certifications from the Institute of Inspection, Cleaning and Restoration Certification (IICRC) and are highly trained with continuing education in the latest restoration and emergency services technologies, and contents cleaning methods. The office is located at 3663 Mavis Road, Unit 11, in Mississauga, ON. For more information, call 905-638-1345 or email Peter.Heary@Pauldavis.com. Visit the website at https://pauldavis.ca/mississauga.

For more than 55 years, Paul Davis Restoration Inc. has restored residential and commercial properties damaged by fire, water, mould, storms, biohazards like COVID-19 and other disasters. The experts at Paul Davis understand the complex process of recovering from property damage and provide complete services; there is no need for the expense and confusion of hiring multiple contractors. Paul Davis is a one-stop shop for disaster damage and restoration. Paul Davis Restoration has more than 300 independently owned franchises in the United States and Canada. The professionals at Paul Davis are certified in emergency restoration, reconstruction, and remodeling. For more information, visit the company website at www.pauldavis.ca.