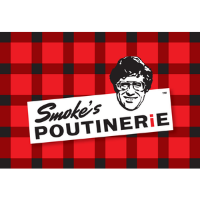 Poutine on Menu for Next Space Mission!

Ryan Smolkin, Chief Entertainment Officer (CEO) of Smoke’s Poutinerie has a GLOBAL DOMINATION plan, to be in every city and every country in the WORLD! Recently, the World’s Largest & Original Poutinerie has set its sights even higher… 2.3 million miles from Earth to be exact.

In anticipation of future missions to the Moon, to Mars and beyond; Smoke’s Poutinerie is responding to NASA’s ‘Deep Space Food Challenge’ and intends to be named as the FIRST EVER Poutine dish designed specifically for the next frontier! The Challenge: Harness the Power of Space to develop food production technologies that support nutritious and palatable food for long-duration space missions, while benefiting people on Earth.

The term ‘space food’ generally paints a picture of freeze dried, dehydrated products, but Smoke’s Poutinerie is about to shake things up by launching their globally recognized Poutine into space, loaded with Hand-Cut Fries, Squeaky Cheese Curds and Smoke’s newly developed Zero-Gravity Gravy (talk about weightlessness… and benefiting people on Earth).  “Our innovative Space Poutine was inspired by Smoke’s love for 80s sci-fi… Star Wars, ET and Galaga…what’s it going to be called?” Asks Ryan Smolkin, “We want our Fans to be involved in this once in a lifetime Experience… so we’re asking Poutine Lovers around the globe to submit unique names for the Hot Mess that’s headed out into the galaxy unknown, using the hashtag #SpacePoutine.”.

Will this be another giant leap for mankind? We have just one question though, will cheese curds really squeak in space?!?!