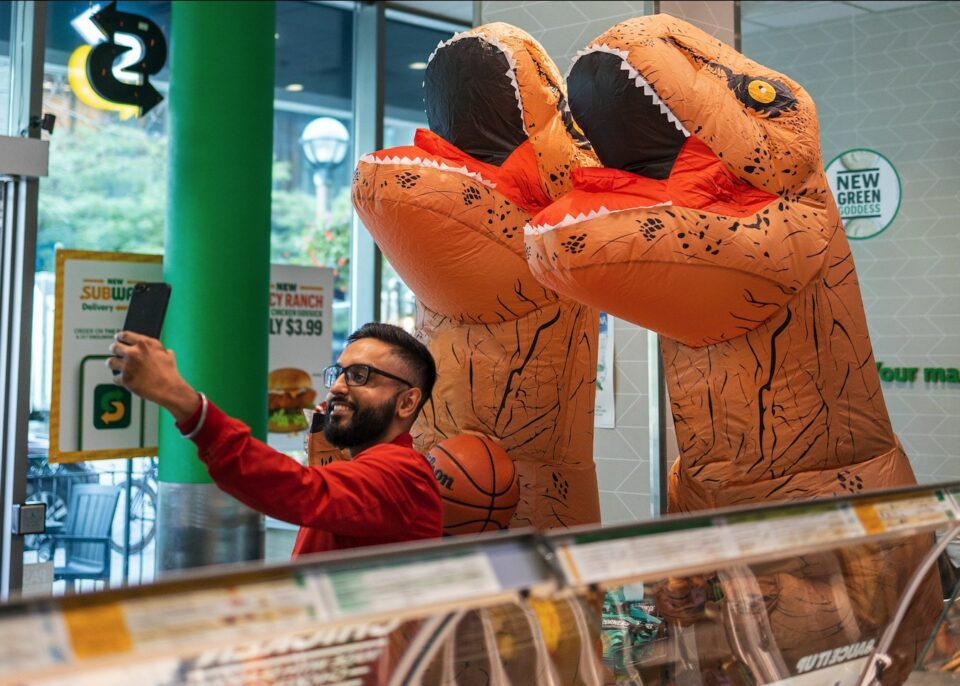 As part of the collaboration with the NBA, Subway Canada becomes an official partner of the 2022 NBA Canada Series presented by Bell. The Raptors played their first pre-season game on October 2 against the Utah Jazz at Rogers Place in Edmonton, AB and will face the Boston Celtics at Bell Centre in Montreal, QC on October 14. Subway Canada received in-arena branding and host in-game promotions at both pre-season games.

Additionally, Subway Canada and the NBA will host a “Super Subs” digital content series across NBA Canada social media channels. The series will highlight outstanding player performances off the bench throughout the 2022-23 NBA season.

“We’re excited to work with Subway Canada to create unique experiences for NBA fans across the country,” says NBA Canada managing director Leah MacNab. “Our organizations share a passion for promoting a balanced lifestyle for Canadians through nutrition and engaging Canada’s passionate basketball fans around their love of the game.”

As part of the collaboration between Subway Canada and the Raptors, beginning at the tip-off of the regular season, for each point scored by a Raptors bench player, Subway Canada will make a donation to its Never Miss Lunch initiative in support of Food Banks Canada. At select games, Subway will also award fans gifts to celebrate points scored by Raptors bench players. Canadians can get in on the celebration right away as Subway Canada is offering $3 off wraps, in honour of the Raptors, in-store, on the Subway app and online, at participating restaurants across Canada from September 5 through October 16, 2022.

Subway Canada’s presence will be felt on and off the court, with in-arena signage at Toronto’s Scotiabank Arena and out-of-home promotion, as well as social, digital and broadcast content.

“As Canada’s only NBA team, the Raptors continue to look for new and exciting ways for our fans to be a part of the game,” says Jordan Vader, SVP global partnerships, MLSE. “Together with Subway Canada, we look forward to not only rewarding our passionate fans, but also giving back to Canadians who need it most through Subway’s Never Miss Lunch program in partnership with Food Banks Canada.”

“We pride ourselves on delivering better-for-you options and unbeatable taste – a commitment we’ve cemented with new ingredients and innovative flavour combinations in our ongoing Eat Fresh™ Refresh,” says Doug Fry, managing director at Subway Canada. “Teaming up with the NBA and with the Raptors opens a meaningful avenue to connect with Canadians – and to celebrate the power of craveable food that guests can feel good about choosing.”