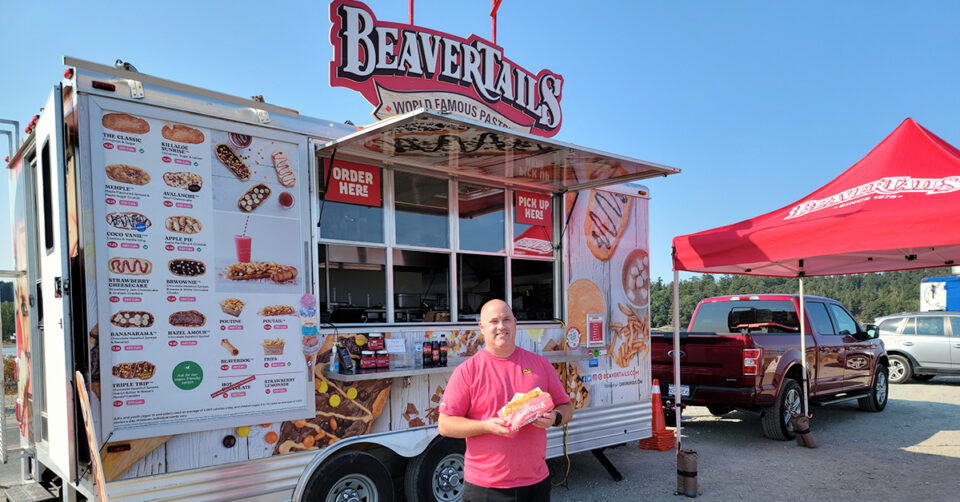 With more than 160 locations across Canada, as well as several in the U.S. and abroad, BeaverTails Pastry has been serving up its signature treats since 1978. BeaverTails’ quick-service storefront and mobile locations delight customers with the unique combination of fresh, hot pastry and a rich variety of topping options—from chocolate hazelnut spread and apple pie filling to the classic cinnamon and sugar. When Mark Mebs was considering potential franchises, he was attracted to the company’s longstanding reputation as a sweet Canadian tradition. “The concept is simple,” he shares, “and it’s very easy to operate. It has reasonable margins, and it creates an irresistibly delicious product that customers love.”

Mebs’s daily routine has certainly changed since he opened his first location, although no day is ever like the next. “It’s funny, because some days go exactly as you planned them,” says Mebs, “and other days, at the end, you think: wow, that didn’t go anything like I thought it would!” Nevertheless, Mebs has some typical activities within his varying routine: “I definitely have tasks that need to be done multiple times a week, but when I do them depends on what’s going on that week—for example, whether we have mobile events scheduled, whether I have scheduled myself to be in the Victoria store, whether I have to create an order, do payroll, and so on.” So, while there’s no typical day per se, there is some consistency from week to week. “My days start around 7:30 a.m. and end sometime around midnight or so, but it’s not go, go, go all day long and I usually try to plan some ‘me time’ in there as well,” he says.

“Throughout the day I’m always updating my list of things that I need to, have to, or want to do so I can stay organized. For me, this seems to be the secret to staying calm. If I’ve got it written down on my list, I know I won’t forget about,” says Mebs. He reviews the list each evening and makes a plan for the next day based on the list. “This actually helps me sleep too, because I don’t have to worry about the following day—I already know what I’m going to be doing, so I don’t find myself stressing about it,” he adds.

Mebs’s work ethic sees him through each day and into the next. One of the habits that helps him tackle everything on his list is working in the evenings. “I find that I can get more done in the evenings when the majority of people are done working for the day,” he explains. During those hours, Mebs works on things like scheduling, payroll, emails, inventory, and orders, but he also makes sure to leave time for planning activities to help him grow his business, whether that means new ways to engage with customers, social media, or how to get the word out about where the mobile trailer will be the next day. “These are the late-night activities I work on that keep me up until midnight most nights,” says Mebs, adding, “It’s a part of the business that I really enjoy doing, so I don’t mind late-night brainstorming instead of getting a couple extra hours of sleep.” On top of all of that, he also works at the Victoria storefront one or two evenings a week, and sometimes mobile events take his work into the evenings.

The COVID-19 pandemic has undoubtedly affected every business and indeed every person in different ways. The service industry, including food service, has had to make unprecedented changes in the way it operates to safely serve customers and take care of employees. Given Mebs’s desire to keep moving forward with his business, he looked for places where he could make positive changes during these uncertain times. Mebs only had one of his franchise locations in operation when the pandemic began, and he was able to invest in the two other locations, including the mobile trailer, since then.

Mebs notes that the problem his business and so many others faced was the lack of tourists—and on top of that, Victoria locals weren’t venturing downtown even when restrictions began to lift. “Instead of just accepting that fact and waiting for things to return back to normal, we made the decision to invest in a mobile BeaverTails franchise so we could bring our treats wherever the people were instead of waiting for them to possibly come downtown eventually,” says Mebs.

“Fortunately for us, the ski hills in B.C. were still open when weopened our mobile franchise, and we were actually able to operate at a ski hill during the 2020 to 2021 ski season. We had a super beginning to our mobile BeaverTails experience, and we couldn’t have asked for something better, especially with the year we were all having,” he says.

Part of what has allowed Mebs to flourish despite the stress and uncertainty of the last year is the support of being a part of an established franchise system. “One of the benefits of being a franchisee is having access to a large network of like-minded people with the same general goals that you have and being able to draw on their experiences and ideas,” says Mebs, noting that many of the changes he’s made within his own business have been best practices that he’s learned through colleagues’ experiences with their own locations. “The best part is how everyone makes themselves available to you and really wants to help you succeed. The same goes with the executive team at the head office,” he notes. For Mebs, the benefit of franchising is being able to run your own locations as your own businesses, but also having the confidence of knowing that there’s a franchise team behind you that’s willing to work with you to help you be successful.

“There are a lot of growth opportunities for BeaverTails, especially out west where I am,” Mebs shares, “and that really excites me because right from the start, I knew I wanted to have more than one location.” Part of the joy of franchising comes from the people he gets to work with across his three locations. “Our entire team is made up of such genuinely happy and caring individuals. It creates a fun and inviting atmosphere that I find incredible, and it makes it difficult not to smile when you’re with them.”

Mebs suggests that an ideal BeaverTails franchisee would be someone much like those on his team—enthusiastic, fun, open, adaptable, and resilient. “Having a positive attitude is also what helps me get through a typical day, regardless of what’s thrown at me. Whenever a situation comes up that needs my attention, instead of looking at it like it’s a problem, I look at it more like a challenge being presented to me that I have been given the opportunity to defeat,” says Mebs. “So once a situation is resolved, I really feel like I’ve accomplished something more than just solving a problem—I feel like I won and I can celebrate something!”

Mebs’s final advice to anyone considering becoming a franchisee? “Be prepared and committed to invest your time and energy into your business if you want to be successful,” he says. It’s clear that Mebs is a part of a franchise system that he cares about deeply, and it’s obvious the joy he finds in his work. Simply put, Mebs says, “Every day I get to be involved in a franchise that helps to put smiles on people’s faces.”

The First Year: Transporting the Community

A Day in the Life: Making Business…Personal