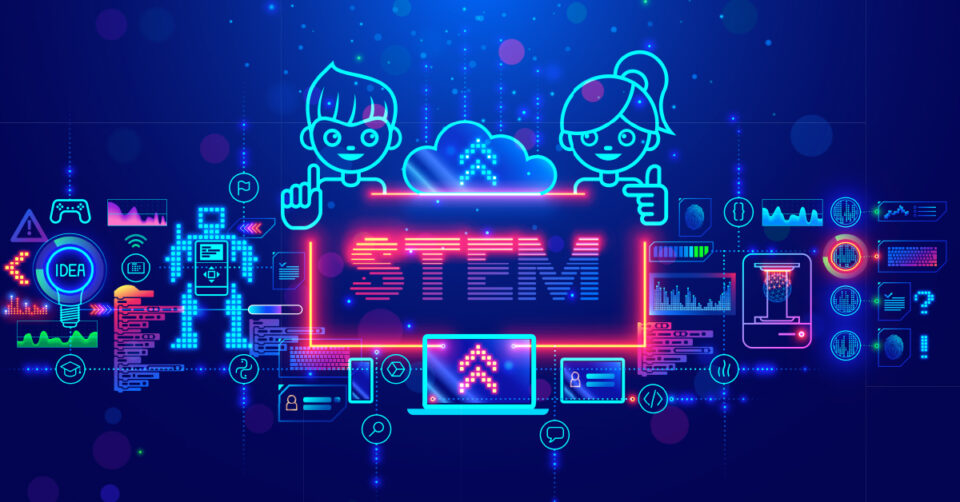 By now most parents have heard the acronym STEM, which stands for Science Technology Engineering and Math (a new term, STEAM, also adds Arts to the mix) and represents growing awareness of the need to spark kids’ interest in these once-overlooked subjects. Passionate franchisees are also recognizing the opportunity to supplement and even surpass what’s happening in schools with everything from coding camps to science-focused birthday parties to robotics competitions. Here, we take a look at four franchises leading the charge.

For Zebra Robotics CEO and co-founder Satish Thiyagarajan, inspiration came from his own child. “It started because of my son. He’s not athletic or wanting to participate in sports, so we were looking for other options. We knew that he liked robotics. So, we gathered a group of friends and formed robotics classes,” Thiyagarajan says.

“Next thing you know, their friends were telling their friends, and quickly we had to rent a space. It took off. We decided that we have to do this as a business!”

Zebra Robotics was founded in 2014 and started franchising in 2019. It operates locations in Canada and the U.S., offering 25 courses, plus camps and competitions, for kids from grades 1 to 12. For younger learners, weekly classes over four to six months focus include Creative Coding from Scratch or Minecraft Adventures, while older students learn Game Developing with Unity or C Programming. A similar variety of courses are offered in robotics, with competitions to help keep kids motivated. Courses take 24-48 weeks to complete, and students have access to the franchise’s digital learning management platform, which also allows parents to monitor progress.

The franchise provides management training as well as “coaches” (instructor) training, because, as Thiyagarajan points out, “it’s much more than just teaching them how to do robotics–you’re teaching them life skills.”

Thiyagarajan looks for franchisees who are “passionate in making an impact to the community” and while coding experience isn’t a requirement, he often looks for a college or university degree, and a desire to educate the next generation.

Thiyagarajan says he’s not surprised that STEM is growing in popularity, especially since coding is now a part of the Ontario middle and high school curriculum. He likens the skills to a new language with a strategic advantage. “Going forward, people are going to know a universal language, ‘coding language’ or not, and I think people who know coding are at an advantage, both in their logical reasoning and critical thinking. It’s becoming one of the critical skills for the future.”

Under the GUI originated in British Columbia and now has locations in Alberta and Ontario, offering courses in coding languages like Python and CS after school and at summer camps. Courses are offered for kids as young as seven and up to age 17, and they also run a Varsity Robotics program.

Reid Teichroeb, operations manager at Under the GUI, says the franchise offers a more expert handling of STEM subjects than is sometimes available in schools, which appeals to parents. “Unfortunately, a lot of the way that coding is taught in public schools is to log on for an hour of code or some equivalent, and the kids just play something that’s very plug-and-play. There’s not a lot of critical thinking, because there’s not really someone there that can answer questions.”

Teichroeb says one challenge for franchisees can be finding the right staff, who tend to be university or even high school students. Another challenge has been responding to pandemic restrictions, which forced the brand to pivot to delivering learning online. During this time, Under the GUI corporate collected online sales and distributed a percentage of revenue to franchisees by postal code.

For Teichroeb, an ideal franchisee is a generalist who’s comfortable with a range of skills from marketing to customer relations to hiring. Training takes place over a week at a corporate location and includes learning the organization’s curriculum, sales and marketing software, and more. He handles follow-up support and says the advantage of a smaller franchise is the hands-on, experienced support. He adds that a small but growing franchise is also more nimble to incorporate franchisee feedback and ideas.

Hank Horkoff is a founder whose personal experience prompted him to devise a solution to the lack of STEAM opportunities for kids. Picking up his son from summer camp, he took their friendly “see you in a year” as a call to action to create something more permanent. “I wondered why there was no ongoing, after-school enrichment activity that my son could continue to do during the school year to nurture his interest. It seemed like a natural problem to try to solve,” he says.

Steamoji’s concept is based on a subscription model and is built around its 400-hour Build to Solve™ curriculum, designed to be studied over five years. The program is offered after school at schools and community centres, in summer camps, and at birthday parties. Topics of study include everything from fabrication, from 3D printing to laser cutting; physical computing, such as robotics; digital arts, from drawing to virtual reality; and applied design. Students typically attend classes twice weekly, where they follow videos with facilitators nearby to help with projects.

Horkoff says he’s looking for franchisees who are willing to promote STEAM in their community and be active marketers. Steamoji’s training system is called “Fast Track to 60” with the goal of getting 60 active members by the second month of operations. Two months of virtual training is followed by a week-long training bootcamp at an existing location, and follow-up support includes monthly scorecard review sessions and quarterly goal setting.

During the pandemic, the franchise pivoted online, but ultimately plans to make delivery in person because of the specific nature of delivering STEAM projects to children. Horkoff says that other challenges for this franchise include convincing parents that such training is necessary, given that they didn’t take it in school themselves—though he adds that this is less of a problem as STEAM awareness and enthusiasm grows. Yet, he says, there’s also great reward in being first in a growing sector and participating in children’s growth and development.

Popular interest in STEAM is relatively recent, but with its 30-year history, Mad Science might be considered the original brand in this niche. The company now has locations in 23 countries offering after-school programs, workshops, birthday parties, special events, and summer camps for children aged 3 to 12. In 2019, Mad Science’s parent company 2inspire also entered the Arts space with its Crayola Imagine Arts Academy brand, which is centred on a creative curriculum developed alongside the famous art brand.

Mad Science’s after-school programs include Brixology, focused on exploring mechanical and structural principles while building with LEGO, and the NASA Academy of Future Space Explorers, focusing on space exploration (NASA is also a long-time partner). In Imagine Arts Academy, the offering is focused on tackling real-world topics like animal conservation and cultural diversity through the development of creative skills, from sculpture to textiles to collage.

Shafik Mina, CEO of Mad Science, says that while he doesn’t expect every Mad Science learner to become a scientist, STEAM exposure leads to many skills that are essential to the workplaces of the future, from critical thinking to experimentation. He also sees similar skill building originating from the additional Arts focus. “Creativity is in every facet of our life, whether you’re cooking dinner and have to figure out ingredients or you’re a doctor trying to solve a problem. If we teach kids at a young age to start using their creative muscles, they’ll hopefully be able to solve some major challenges in the future.”

Both Imagine Arts Academy and Mad Science provide a mix of virtual and on-site training for new franchisees, which is ongoing through launch and beyond. A week-long training session is the kick-off with group coaching calls happening regularly to help keep franchisees on track. “As an education company, we realize that people learn differently,” says Mina regarding the variety of options.

As with many franchises with in-person service delivery, the pandemic was a challenge for Mad Science, which moved to a “hybrid model” whereby the franchise sent clients boxes with the materials to have them follow along at home on Zoom. “So, it remained hands on, just a delivery method that was digital rather than in person,” says Mina. While the franchise has resumed in-person classes, he says the boxes and online format will stay to serve customers in rural areas or places where there are not yet franchisees.