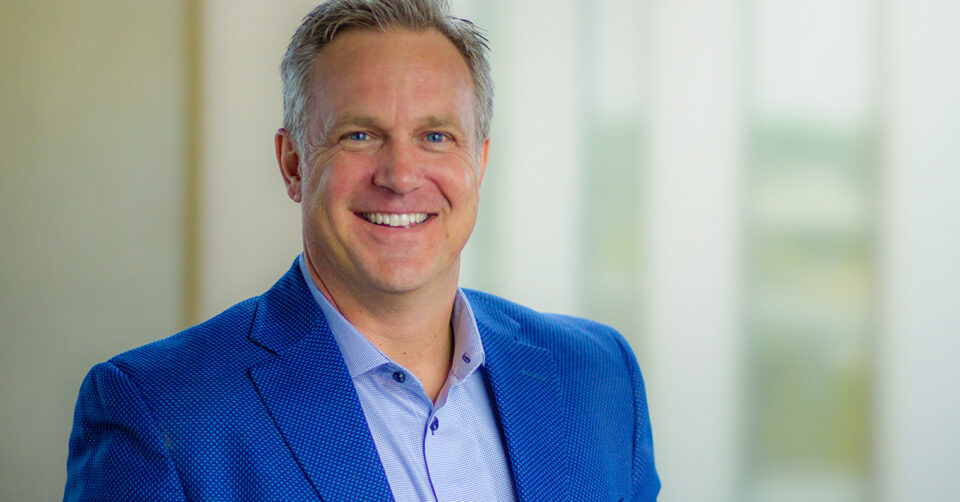 Jeff Huber, CEO of Home Instead Inc., hadn’t planned on a career in business, let alone one as a C-suite executive for a global franchising firm. In fact, as a young man he had been schooled in both a Jesuit high school and university, and considered joining the priesthood. He settled on law instead – at least to start.

It was a solid career choice, but Huber felt that the Jesuit teachings of living a life with mission were missing in his early work as a lawyer. While he may not have followed a religious calling, his desire to live a life with higher purpose still coursed deeply through his veins, and he wasn’t experiencing it in his legal career. He decided to switch gears.

“I was working for a great law firm with a fantastic group of attorneys and high-quality work, but something was missing,” says Huber. “Through my Jesuit education, I really internalized the ideals of living a life of service for others, and that opened up my heart to a radical career change.”

As luck would have it, the brother of an old childhood friend had founded Home Instead, an Omaha-based company providing a range of support services to seniors in their homes. Huber called him up inquiring about buying a franchise. While that didn’t pan out, he was eventually offered a position as a franchise development manager, which he readily accepted.

“It was a leap of faith for me – I had just started my family,” says Huber. “But I sensed a very bright future – the service they were providing was going to positively impact lives. It very much seemed to fit with the idea of ‘service to others’ I was looking to fulfill.”

At its core, the company was started out of a desire to help. Founder Paul Hogan saw firsthand the difference homecare made in the life of his ailing grandmother when all 12 of her children rallied to help care for her in Hogan’s childhood home, with further help from dozens of grandchildren. They put together a schedule, taking turns, and the outcome was nothing short of miraculous. The family matriarch’s failing health did a U-turn and she went on to live another 11 years, reaching the age of 101.

“Paul recognized that the things you need to support somebody to live at home are mainly socialization and having a meal, connecting them with people and activities that give them meaning and purpose,” says Huber. Hogan was also left wondering what people do when they don’t have “50 cousins” they can call upon.

The start of something great

That was the seed that led to the launch of Home Instead, which Hogan started alongside his wife Lori in 1994. By the time Huber joined four years later, it had grown to about 100 franchises. It now has over 1,200 franchises spread across 14 countries in North America, Europe, Asia, Australia, and the Pacific Rim that provide more than 80 million hours of care annually.

When Huber came on board, the company was still in the early stages of its impressive growth trajectory, staffed by just a handful of people. He calls it a “magical time” when everyone shared an energy and common desire to push boundaries. “It was really dynamic, fun, and ‘hands-on-deck’ all of the time. Whatever needed to be done, we just did it,” says Huber today. “It was extraordinary getting in on the ground floor of something that had this great sense of mission.”

It also represented the start of Huber’s steady career climb. In his 22 years with the company, he has held increasingly senior positions, including chief development officer, chief operating officer, president, and, for the past five years, CEO. “My goal wasn’t to climb the ladder, I just loved everything about the company and would throw myself into every opportunity that came along,” he says.

Not long after his arrival, Home Instead expanded into global markets, starting with Japan when a franchisor in the region approached them about launching their brand there. Then in 2000, a Canadian involved in the Japanese operation expressed interest in opening a franchise in Canada. There are now 48 Home Instead operations across the country, with plans for further expansion.

While it varies by region, franchisees tend to oversee an administrative staff of about 10 to 12 people, as well as 150 to 200 caregivers they train in the basics of home care. Services range from companionship care – meal preparation, conversation, outdoor activities – to more specialized services like transportation, dementia care or hospice care support. There is also 24-hour supervision and live-in care.

The COVID-19 pandemic slowed down business last spring, but things have since picked up –  October marked the company’s highest sales month ever. In many ways, the Home Instead service offering dovetails well with the need to keep seniors safe, and the company is skilled in the health and safety practices the pandemic has mandated. “For 26 years now, we’ve provided care and safety has always been top of mind,” says Huber. “We’re used to assisting people who have infectious diseases and we’ve always followed safety protocols on things like hand hygiene.”

Thanks to their established supplier network, the company has had a steady supply of personal protective equipment (PPE) since the early stages of the pandemic. They also arranged for their caregivers to redo their basic safety training to cement their knowledge of protocols and PPE use. As well, they partnered with a third-party group to provide a 24/7 confidential toll-free line for any caregivers in need of counselling and mental health support.

For Home Instead, providing quality care to older adults is more than just a business – it’s something the company champions. Along these lines, it started a leadership development program called Champions of Aging to give young people the opportunity to learn more about senior care and apply their knowledge to future careers. The year-long program combines extensive onsite experience with an educational component.

Home Instead has also made inroads in integrated remote care technology, investing in the tech firm GrandPad. The company offers a tablet for seniors that comes with a user-friendly, limited browser, games that allow for distanced monitoring of cognitive behaviour, and a touchscreen adapted for the skin properties of the elderly. The device has already been rolled out in the U.S. and will be entering the Canadian market soon.

With baby boomers aging and healthcare systems increasingly under stress, the services provided by Home Instead are filling an important niche that Huber says will only grow with time. “The world is at the front-edge of a 30-year massive surge in the oldest segment of our population,” he says. “There are 500 million baby boomers around the world that are now in their mid-70s, and over the next 20 to 30 years will be entering the highest healthcare usage years of their lives.”

For Huber, providing quality home care is hands-down the best approach to caring for this large elderly demographic moving forward. As he explains, “It’s the first time in the history of the world that there are more old people than young, and the home will become the primary site for healthcare to be delivered. As we like to say, the home is the most scalable place to care for the massive demographic shift.”

The home is also where the heart is. For someone who once yearned for a career that would give a deeper purpose to his life, Huber certainly chose well. In Home Instead, he has found not only professional success, but more importantly, personal fulfillment.

A Day in the Life: The Art of Living Well

Q. As a franchisee, what can I expect when it comes to tax and financial reporting requirements?

Online Exclusive: Why You Should Become Your Own Boss in 2022