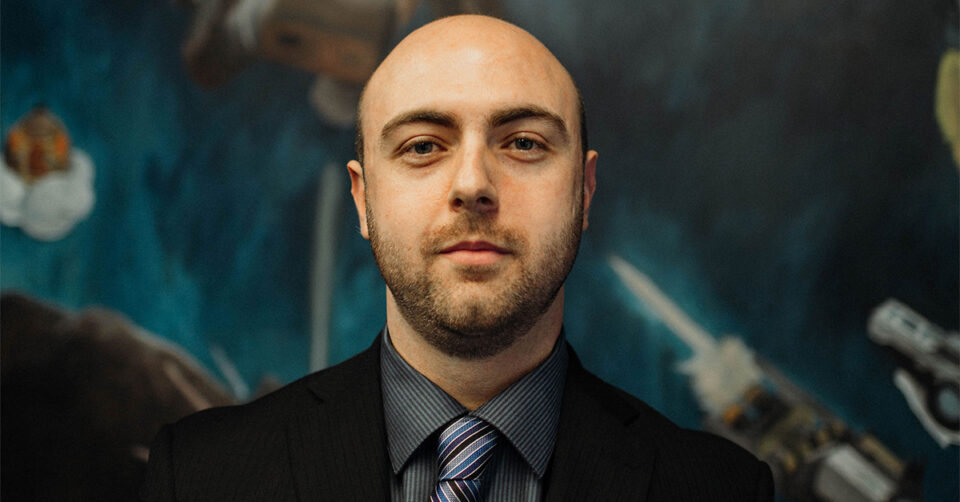 Franchising is a diverse industry, and everyone’s path looks a little different. Some feel the drive to be a business owner and begin searching for the franchise that suits them. But for others, the brand comes first.

That was the experience for Joe Balfour, who runs the Guelph, Ontario location of Ctrl V, a virtual reality (VR) video game arcade. Balfour didn’t grow up dreaming of being an arcade owner, or plan to be run his own business—but when he and his brother discovered Ctrl V, it was kismet.

While Balfour did well in school, he didn’t feel particularly drawn to any post-secondary programs. “I was working at a grocery store, looking for full-time work for a little while—and then the Ctrl V opened in my hometown in Waterloo, [Ontario],” he recalls. “My brother went to the grand opening and saw how awesome it was. He was looking for something to invest in, and knew I was looking for full time work.”

Balfour’s brother brought the idea to the family, and the two brothers and their parents all decided to go in on the investment. Now Ctrl V Guelph is a family-owned franchise, and Balfour manages the daily operations of the business.

The young business owner says it’s been a great learning experience for both him and his family, who are all first-time business owners. Since opening Ctrl V Guelph in January 2017, he says that his job doesn’t feel like a job—it’s just fun.

“It wasn’t like I was looking for a franchise specifically—but I’m really glad we found this, because it’s been a great experience,” Balfour says.

Ctrl V is an entertainment facility specializing in VR gaming and experiences. “What makes us unique is that we want to make emerging technologies—the most cutting-edge technology—available to anybody and everybody,” Balfour says.

By purchasing a timed block of play at a Ctrl V location, anyone can access virtual reality technology for an accessible price. The brand uses a proprietary booking software so customers can book timed sessions and pay by the hour. They arrive early to watch an introductory video explaining how to use the VR equipment, which includes a virtual reality headset and controllers. Balfour’s location has 16 stations, where players have a 10 by 10-foot area in which to move. Each player can select their own game, or play the same one together from their respective stations.

Balfour says most of his customers are young people, and the location also offers the opportunity to host children’s birthday parties. Kids who come to play games with their friends often come back with their whole family, he notes, and adds that they also see groups of adults and even corporate groups eager to take team building into virtual space.

“Anybody and everybody can come in here and have a great time,” he says, even those who’ve never played before. “The games are so simple, and our staff are so good at explaining things that we can get you playing and having a great time in no time.”

New games are added regularly, and Ctrl V keeps a curated list of around 50 VR games and experiences for customers to select from. In total, Balfour estimates that there are more than 200 games in the company’s library, which have been licensed from third-party developers—and yes, Balfour has tried them all. Testing out new games is part of ongoing training for franchisees, and it’s fun, too.

“Being the owner of a virtual reality arcade is a pretty awesome thing. You can come in any time you want in the off hours and play,” he says.

Among the most popular picks for customers right now are a zombie-battling game called Arizona Sunshine—which can be played as a three-hour story-like “campaign” with two players, or with up to four players in multiplayer mode—and a game called Job Simulator which Balfour says is popular with kids.

Despite the perks of being able to join a zombie hunting mission whenever you want, this might sound intimidating for a new franchisee without much background in tech. But Balfour says Ctrl V’s comprehensive training and support makes running the games virtually frictionless.

“[You’d think] the technical side of things would take a lot of knowledge, but a lot of it is pretty straightforward. Ctrl V has it set up pretty well for us. As long as you know your way around a computer, for the most part, you’re good,” he says.

Initial training for a Ctrl V franchisee includes two weeks at the corporate location as well as specific training in day-to-day operations, accounting, marketing, and other topics. Once a franchisee has their location up and running, Balfour says the head office provides ongoing training and support through a database of resources and online forum for troubleshooting tech issues. The system has also set up a Franchise Advisory Council, through which franchisees meet regularly to discuss challenges, share information, and help guide the direction of the brand.

One of the biggest challenges recently has been the pandemic. As an entertainment business, Ctrl V locations were deemed non-essential, and had to shutter temporarily during lockdowns. Luckily, Balfour’s location already had a following of regular customers. “[We had] a good number of loyal customers that kept us going … every time we reopened, it was our loyal customers coming back to us, having spent the whole lockdown period waiting to play VR again.” Now that restrictions have eased, Balfour notes that the station set up makes VR gaming a great COVID-safe activity; with each player in their own area, social distancing is no problem, and the staff simply disinfects the equipment between each use.

Along with the high level of support the brand provides, Balfour says he likes being a part of Ctrl V because of the company culture. “Because it’s such a fun and entertaining place, everyone’s having fun … with each other. There’s lots of great banter between the franchisees and head office, and they have fun with us too.”

Overall, Balfour says his favourite part of being a franchisee is the level of autonomy. “You’re fully in control of your own day to day, you’re your own boss, you can write your own schedule. But also, the results you get from your business are completely dependent on what you put into your business. You have complete control over how your business does by how much effort you’re putting in.”

In this way, being a young business owner has been a great advantage. “I definitely have a lot of energy to take to the business,” he notes. Because Ctrl V draws so many young customers, he says he’s able to relate well to them, helping to build customer loyalty.

On the flip side, being young means you have less of an established business network. “You don’t know as many people, you’re still sort of creating those connections,” Balfour says, adding that he’s combatted this challenge by intentionally building relationships with other business owners in his local area. “[Even] when you get your oil changed, or go to your favourite restaurants, [you can] just try to get to know other business owners in the area and try to promote each other.”

Balfour’s advice for any prospective franchisee is to find a franchisor who fits well with your lifestyle and goals. “There are a lot of choices out there for franchising, so try and find someone that fits really well with you.” Then, once you sign that agreement, he says, “Give it your all.”

“Don’t hold anything back. Because I really believe that you get out of it what you put into it—you’re going to find success.”