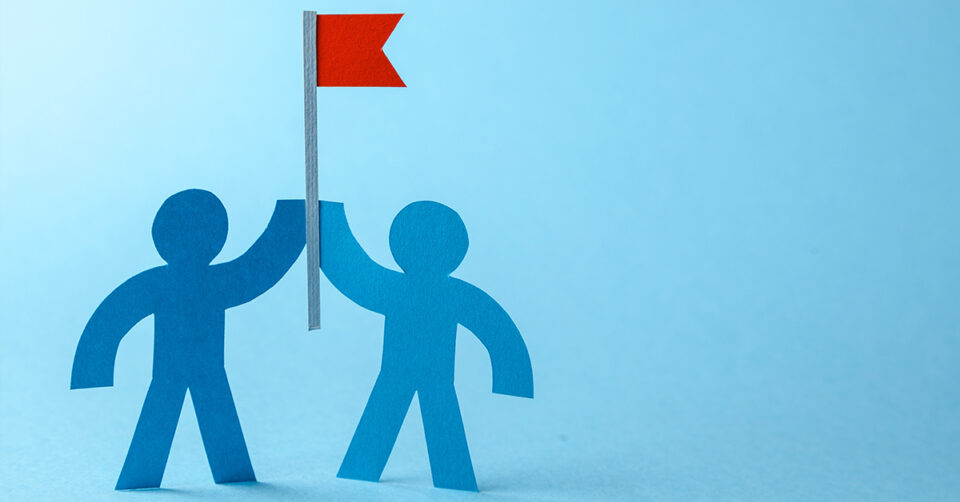 Franchisees are small business owners who follow the system set out by the franchisor. While they’re expected to follow this system exactly, it doesn’t mean that franchisees don’t have an opportunity to provide their own input to the head office team. Franchisees are, after all, on the front lines every day as they operate the business and interact with consumers, which means they have valuable insight and feedback to share in terms of what’s working, and what can be improved.

This feedback can come in the form of a franchisee advisory council (FAC), which franchise systems use to stimulate discussion between franchisees and head office representatives. Read on to learn more about how FACs work to foster growth within franchise brands, especially during challenging times!

What is a franchisee advisory council?

A franchisee advisory council (FAC) is a group of franchisees who meet with company executives to discuss business issues that are relevant to franchisees in the system. Essentially, it’s a structured way to ensure constructive two-way communication between franchisees and the franchisor.

The purpose of the FAC is to provide a formal channel of communication between the franchisees and the franchisor when it comes to issues like advertising, field support, operations, and changing market trends. It can also serve as a sounding board to the franchisor about new programs before they’re put in place across the whole system. Franchisees can provide suggestions and ideas for improvements to the franchise system, providing a forum for franchisees to voice their issues, concerns, and questions. Through the FAC, franchisees can provide their advice and input to help influence larger company decisions but ultimately, franchise executives have the final authority to make decisions for the company.

How does a franchisee advisory council work?

For the FAC to be effective, the participating franchisees and system representatives need to approach the discussions with open minds, actively listen, and respect other perspectives. The agenda should be focused on the interests of the overall system, and all involved should be committed to finding solutions, setting action plans, and getting results. The FAC will establish policies, by-laws, and use meeting agendas to keep the discussion on track.

The number of franchisees sitting on the FAC will vary from five to 20 or more members, depending on the size of the franchise system. The franchisor will usually try to ensure that different geographical regions and different-sized franchises are represented on the FAC. The length of term for an FAC member varies from one to three years, and the introduction of members is often staggered to ensure that there’s always a balance between new and experienced members. Franchisors will often limit the number of terms for a franchisee on the FAC so more franchisees get the chance to participate, and to broaden the experience of those participating.

The FAC usually meets formally two to four times a year, with informal phone calls and discussions taking place between these meetings. Before the COVID-19 pandemic, they would meet at the franchisor’s head office, a resort, or a conference centre, with a meeting often occurring around the system’s annual convention. Travel, meeting room costs, and other business expenses are usually covered by the franchisor, but in some systems, these costs are paid by franchisees through the payment of FAC dues. Franchisees are usually not compensated for the time spent participating in these formal meetings.

What are the benefits of a franchisee advisory council?

Most successful franchise systems have an FAC. There aren’t any specific rules for when an FAC should be formed, but the sooner an FAC is in place, the better. With a smaller system, the FAC may be more informal, but it plays an integral role in helping to shape the policies and direction of the franchise.

When implemented properly, the FAC can play a crucial role in the success of a franchise system. It encourages constructive two-way communication between the franchisees and franchisor, and it also fosters a positive culture of respect when these parties work together to evolve the brand. Successful franchisors recognize that their franchisees have a valuable contribution to make, as they’re the ones working on the front lines for the brand every day. Through their work on the FAC, franchisees feel more empowered, as the franchisor recognizes their contributions and respects their needs and opinions.

Brian Leon, president of Choice Hotels Canada, a multi-hotel brand made up exclusively of franchisees, says an FAC can play an extremely crucial role in the overall health of the organization.

“The key to any successful franchisor is effective communication, and an FAC can really augment and improve the level of communication between the franchisor and franchisees,” he explains. “From the standpoint of the franchisor, there is much you can learn from franchisees and unfortunately, we can’t talk to everybody about everything all the time. We, for example, have an advisory group that broadly represents our franchise community: those who know our business, who are doing a great job operating their businesses, and who are not shy about sharing feedback, whether it is positive or negative.”

Leon adds that with all the challenges and uncertainty facing franchisees throughout the pandemic, an FAC plays an even bigger role in a brand’s ability to respond not just quickly, but also efficiently.

“We needed to make decisions fast, but they had to be smart decisions that would best serve our franchisees through this incredibly challenging period,” he shares. “This is where our CCFAB (Choice Canada Franchise Advisory Board) came in. They gave us a different – and crucial – perspective since they were the ones on the ground interacting with consumers and guests. They knew firsthand what the issues and priorities were at the hotel level. This allowed for the free flow of information and gave us the ability to react swiftly to help all of our hotels to the best of our ability.

Why should franchisees participate in their franchisee advisory council?

“Franchisees should recognize the value that an FAC can have for their own business,” says Leon. “It is a way of holding the franchisor accountable, and ensuring their decisions serve everyone in the business and make it more successful. An advisory council looks at issues from the lens of the franchisee and that provides an important perspective to the franchisor. By getting involved with an FAC, a franchisee can share their voice and ensure that the interests of the broader franchisee community are addressed.”

He also notes that it’s important for those franchisees who aren’t directly involved with the FAC to “engage in the process, to read the communications from the meetings, and to pay attention to the issues being discussed. The FAC exists to serve its franchisees, and the more engaged the franchisees are, the more effective the FAC is to the overall business and to everyone’s collective success.”

Brian Leon, president of Choice Hotels Canada, participated in the Canadian Franchise Association webinar, “Franchisor Advisory Boards, Franchisee Advisory Councils, and Franchisee Associations: What are they and why should you know about them?’ on February 3, 2021.

He provided the following information about Choice Hotels Canada:

Leon says the Choice Canada Franchisee Advisory Board (CCFAB) plays a critical role in the success of the Choice Hotels Canada brand, which is made up entirely of franchisees.

“I’m a huge believer in the value that an effective franchise association can play in franchise systems like ours.”

Membership: Minimum of 10 and maximum of 15 members. All members are franchise principals or representatives of the franchisee.

Members of the corporate team participate in almost all meetings but are not considered to be part of the board.

Election process: Based on one vote per hotel. Members are elected for a two-year term (terms start/expire at different times to ensure continuity on the board).

A call for franchisee nominations is circulated every September, with all new members finalized by the start of the new year.

In addition to the two-year term, there’s an additional two-year renewal opportunity that, subject to the member wanting to remain, is at the discretion of the nominating committee.

Member representatives: Members don’t represent any specific territory or group of hotels, but the corporate team ensures broad representation across the country and all brands.

Members must be in good standing and they don’t receive any compensation aside from expense reimbursement.

Payment: Each hotel pays a monthly fee to the CCFAB. About one third of the budget goes toward covering travel/meeting costs and the rest goes toward supporting particular initiatives the board pursues.

Meetings: In a ‘normal’ year, there are four in-person meetings, including a meeting in Washington, DC, where Choice International is headquartered.

Additional calls and meetings are scheduled to discuss particular initiatives or specific issues.

Leon says it’s been a different story since the onset of the pandemic: “We have had more communication on an ongoing basis with our CCFAB than we ever have. We were having meetings every two weeks because it was like we were in the middle of a big battle and we really needed to get their feedback, their support, and their guidance because things were just moving so fast with respect to the pandemic.”

Goal: “For us, our advisory board is really primarily about feedback. It’s about getting the most valuable feedback that we can to drive the system forward.”

The starting point was five years ago, when the corporate team met with the CCFAB and worked together to find a way to make the experience more valuable. They worked with an outside facilitator for two days to craft a long-term strategy to make the CCFAB more effective. They also identified key areas of focus going forward and have been effectively working together on these initiatives since.

Communication to other franchisees: The iNN-touch franchisee intranet portal was created as a direct result of the meetings five years ago. This portal includes a page for the CCFAB, where all franchisees can go to learn more.

Leon’s top tips: Have the right franchisees on the board and ensure that there is two-way value.

“We have to be creating value for the overall franchise community, and we have to be respectful and making good value of the time these franchisees are giving up – we really need to create that opportunity to learn from our franchisees. We think of it as a forum to actually make better decisions.”

5 Things You Should Know When Hiring for Your Franchise