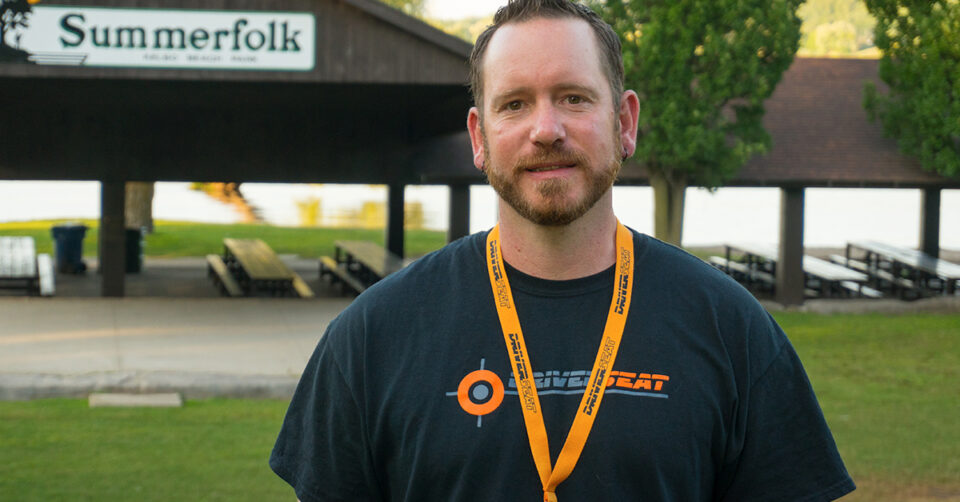 Starting your own business can be a daunting but exciting experience, and there are several things prospective franchisees should keep in mind before diving into their new adventure. With hundreds of franchise brands across the country to choose from, it ultimately comes down to what feels like the perfect fit.

For franchisee Adam McKeachnie, the decision to open his own Driverseat franchise in Owen Sound, Ontario felt right, and his experience as a new business owner has lived up to that expectation.

Driverseat is the fastest-growing transportation franchise in Canada, catering towards the need for transportation in communities from coast to coast. Backed by their slogan “a socially responsible franchise,” the company places high importance on valuing and caring for their franchisees.

“Driverseat is definitely a step ahead of everybody as far as franchise models go,” says McKeachnie. “They actually care and that’s the big difference I find. They want to see you succeed and it’s that teamwork atmosphere that really helps us become successful.”

The transportation company became a franchise in 2013 after opening their doors to the public in 2012. Brothers and co-founders, Brian and Luke Bazely, joined forces with a deep passion to make a difference in their communities.

At the time of writing, Driverseat is operating in more than 400 communities, with locations in Alberta, Manitoba, Ontario, and two in the United States. Using two unique services comprised of chauffeurs and shuttles, Driverseat services events such as weddings, airport runs, wine tours, team parties, and corporate contracts for employee shuttles. Customers can also hire a chauffeur by the hour to take them wherever they need to go while enjoying the convenience and comfort of their own car.

Getting the wheels turning

Before purchasing his first Driverseat franchise, McKeachnie had a background in nursing, with some business experience working with non-profit organizations. On the side, he was also the president of the Owen Sound North Stars Senior Box Lacrosse team. “It was pretty much running a business, obviously not for profit, but just for the longevity of the team.”

A background in business, McKeachnie explains, would be an asset to join the Driverseat team, but not entirely necessary.

He says he was drawn towards Driverseat for their high level of support and versatility. “I liked the franchise model just because of the support you get from head office and other franchisees. The Driverseat brand really appealed to me because it offers so many different elements to transportation. Just having more than one service level available makes us more versatile,” says McKeachnie.

That initial support comes in the form of four intensive online training weeks with live video sessions, that teach franchisees how to create sales and marketing formulas, how to penetrate the transportation market in their area, general education about the brand and how it’s represented, and what each franchise team can do to develop the brand together.

After that, franchisees have continuous access to the Driverseat University online portal, regular webinars, live coaching in a chat group with head office, and an annual four-day conference.

Benefits of joining the Driverseat community include a low cost of entry, easy-to-manage system, automated billing, and a high gross margin percentage controlled by each franchisee.

McKeachnie bought a Driverseat franchise in June 2019 and by that September, his location was up and running. He currently has a team of about 20 employees who consist of chauffeurs and office staff that work as a well-oiled machine. “Everybody being on the same page shows that you’re an employer that cares about them personally, as well as the business.”

But the first year didn’t come without challenges. Just six months into running his business, McKeachnie was hit by the COVID-19 pandemic that shifted the way employees and customers worked together.

“It’s definitely created challenges and hurdles when it comes to different suppliers, and getting vehicles and insurances secured. It’s also created quite a backlog for us here in Owen Sound. We’ve had to get innovative and be flexible and versatile in our approach to things,” explains McKeachnie. However, he adds, “It’s created a lot of new opportunities as far as different contracts that we were able to get, that probably wouldn’t have existed if COVID-19 hadn’t happened.”

On top of that, McKeachnie says that he returned to nursing during the pandemic, operating his franchise on a limited basis while helping with COVID-19 recovery. “I wanted to do my part to help my community flatten the curve. As a result, I made the tough but personal decision to return to nursing full time while operating my business part time, allowing my team to manage the day-to-day operations.”

He adds that during that time, “We also offered ‘by donation’ rides for seniors and other vulnerable people to get to essential services such as appointments, grocery shopping, and other activities. We partnered with a few different food banks including the Good Food Box and OSHARE (Owen Sound Hunger and Relief Effort) to get much-needed local fruits and vegetables to our most vulnerable.”

The COVID-19 crisis joined the regular challenges of opening a business for the first time. Though McKeachnie says it didn’t take long to get his bearings, he did have the task of “Drumming up business, trying to get contracts, things of that nature.” But he adds, “That was probably about it.” He points to growing up in Owen Sound as an access point that helped him build connections within his community and get into the market.

As he overcomes the hurdle of this uncertain time, McKeachnie says that overall, his first year has been an incredible journey that he has worked hard to achieve. “We’re providing services on a $2.5 million, three-year contract with the County of Grey, which we landed in our first year.” Driverseat partnered with Grey Transit Route to provide shuttles in the region available five days a week, Monday to Friday. “On top of that, we project to do in excess of $1 million annually by our second year.”

McKeachnie describes the ideal franchisee candidate as somebody who cares deeply and gets invested in the business, adding that they should be innovative, think outside of the box, and shouldn’t show any hesitation when it comes to tracking down new sales. He says that millennials with a strong work ethic would also find success with the franchise due to their experience with technology and social media, giving them an upper hand when it comes to marketing and advertising.

“I’ve worked hard, and developed a great team up here,” says McKeachnie. “The support that you get from the Driverseat franchise is incredible because they want to see you succeed, and you can definitely feel that caring aspect to them. Of course, that’s one of our philosophies: to out-care the competition.

Giving Back: A Tasty Way to Give Back