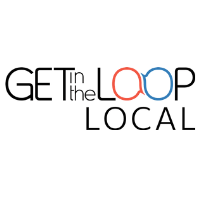 GetintheLoop recently announced an integration partnership with the world’s largest voluntary and lifestyle benefits company, BenefitHub, which has become the catalyst for GetintheLoop’s launch into the United States.

GetintheLoop CEO Matt Crowell notes, “The partnership enables us to connect local businesses in the US to over 10 million BenefitHub members overnight. With the successful integration of GetintheLoop with BenefitHub Canada now complete, we’re beginning to stage our US launch, including the announcement of six new members to our leadership team.”

GetintheLoop’s new appointments add a considerable amount of experience and expertise that our entire franchise network will benefit from.

James built and led the Merchandising & Inventory Management Operations Team at Best Buy and was in retail for over 20 years. Most recently, James was the Chief Operating Officer at Men In Kilts, a home & commercial services franchisor where he worked with local franchise owners every day.

As the Vice President of Franchise Operations at GetintheLoop, James brings his operational and franchise experience to lead the team that supports our local franchise owners in launching and growing their markets.

Prior to starting their GetintheLoop franchise, Ifty worked with Bell Canada as a regional sales manager. He was part of the founding team that launched the FibreOp service in the Atlantic Provinces and helped create the face-to-face sales division eventually adopted nationally.

As VP, Revenue Growth Ifty will combine his expertise in establishing new teams and growing new markets with his experience as a partner in one of GetintheLoop’s top franchise operations.

Hannah Hansford joins GetintheLoop as VP of Education. She has experience teaching creative subjects like Media Studies, Film Studies, and Photography in England. Most recently, Hannah worked in education publishing, managing a portfolio of business management and administration courses for the US Middle and High School market.

At GetintheLoop, Hannah is leveling up our local franchise owner education portal and training programs.

RELATED: GetintheLoop Expands to the US Through a Partnership with BenefitHub

Alex brings considerable franchise experience as the former COO of Sculpture, a global software, and service franchise that serves the hospitality industry. While not a household name, Sculpture has been a franchisor for over 30 years and has over 300 franchisees supporting over 7,000 clients internationally.

GetintheLoop’s goal is to connect local consumers to 1 million local businesses through the creation of 10,000 shop local communities powered by local franchise owners. Alex is now responsible for growing our franchise network both in Canada and internationally, and his experience will be an enormous asset as we launch in the US.

Before joining GetintheLoop, Rayne was the CMO of Siva Creative, a full-service advertising agency in Ontario. Rayne holds a Bachelor of Arts in Communications and is knowledgeable in many industry technologies, including SEO development, social media platforms, copywriting, PPC advertising, and traditional advertising.

Rayne’s practical marketing experience across a broad range of business verticals will be beneficial in growing our membership base, business partnerships, and franchise network.

For the past two years, Pareeseh has worked at an eCommerce product company in Toronto. Before that, she worked as a Tableau Developer and BI Analyst in New York. Pareeseh’s role at GetintheLoop is to lead our business intelligence operations by connecting multiple sources of data in our operation to develop Tableau dashboards and building and analyzing business intelligence reports.

We’re excited about the progress we’ve already begun to make with the new additions to our team. Matt adds, “timing couldn’t be better for the accelerated growth of our team as local markets are strengthening across North America, and the need for local businesses to connect with consumers digitally, on their phones continues to grow.”

If you’d like to learn more about bringing GetintheLoop to your community and becoming a local franchise owner contact local@GetintheLoop.com.

For more information about this release:

How Did You Know You Wanted to Franchise? Why Did You Go with Franchising?

Subway® Canada Donates 1 Million Meals to Food Banks Canada in Response to COVID-19 Crisis, announces additional $2 from every delivery purchase will also go to the charity