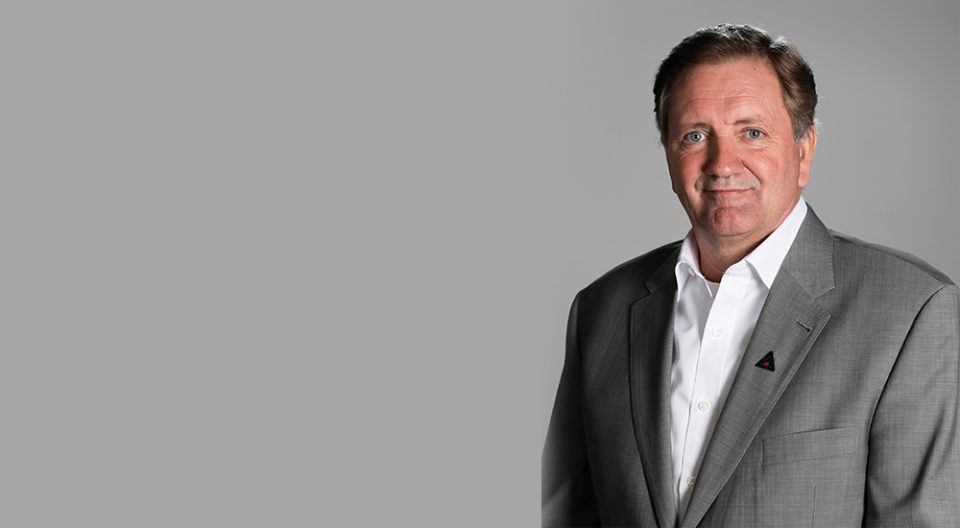 The launch of PuroClean in Canada was precipitated by a somewhat unusual occurrence: its CEO had just completed a lengthy, two-year sabbatical doing relief work in the highlands of Bolivia and in Mali, West Africa.

While most C-suite executives jump from one comfortable corner office to another, Gordon Gamble went from digging latrines and building hospitals to overseeing the launch of a large damage restoration business in Canada. A long-time entrepreneur with a string of successful business ventures behind him, Gamble had felt a need to “refill his fuel tank,” he explains. His fuel of choice was volunteer work with the Canadian charity Hands Across the Nations (HATN).

Most people don’t consider labour-intensive work in developing countries a go-to escape to reboot their batteries. For Gamble, it was the right decision at the right time. “I needed to switch gears and really engage in something that was not just about ‘corporate’ and not just about me,” explains the PuroClean Canada founder and CEO.

“Over the years your values can get jaded if you push yourself too hard and stop focusing on the right things along the way. I saw it as spending a couple of years recalibrating my value system to make sure that whatever I engaged in during the golden years of my career had a good foundation.”

The international relief work proved the perfect bridge to running a service-based company that comes to the aid of home and business owners when they need it most. Self-described as “The Paramedics of Property Damage,” PuroClean delivers emergency services that cover everything from water, smoke, and fire damage to mould removal, biohazard cleanup, and restoration. About 80 per cent of their business is with insurance companies.

Also helpful was a lifetime of successful entrepreneurial experience, starting with an auto aftermarket business that Gamble introduced to Alberta when he was still in his early 20s. He had been studying business administration and working on the side, investing in real estate to build equity to one day own his own business. Two years into his college studies he purchased the development rights in Western Canada for an auto care franchise called Ming Auto Care Centres.

“I couldn’t wait to get my own business,” says Gamble, who had found his niche and never returned to school. “I grew up in a small-town setting in rural Alberta, where you had to carve out your own path. It required a pretty high level of resourcefulness, and that was one of the main things that inspired me to venture out on my own.”

Seven years later, with Alberta facing an economic downturn, Gamble sold his stores to a private purchaser and the development rights back to the U.S. parent company. He packed up his family and moved to Toronto, where he purchased a ServiceMaster franchise. He expanded this business to three franchises, eventually selling the amalgamated operation to his general manager before moving on to his next big venture, Mr. Handyman.

Gamble grew the Canadian operation of the home repair chain to 11 locations before selling the rights in 2006. It was at that point, in the middle of what can only be described as an entrepreneurial winning streak, that Gamble surprised everyone by stepping off the treadmill and embarking on relief work abroad. He was 52 years old at the time.

The sabbatical proved a valuable experience on both a personal and professional level. Re-energized by the experience, Gamble was primed for a fresh start and new adventures upon his return. As chance would have it, he was soon approached by American friends who were looking for a Canadian to introduce their PuroClean business north of the border.

At first glance, it didn’t look promising: there were already around 11 banner groups in Canada in the damage restoration business, so it was a very mature market. But after spending a few months visiting PuroClean operations in the U.S., Gamble sensed a different business style and warmed up to the idea.

“PuroClean didn’t run their businesses with tradespeople as leaders; they developed more of an executive model, which appealed to me. Good business leaders can always find skilled tradespeople and contractors, but the reverse doesn’t happen nearly as often. And I hadn’t really seen that in the Canadian market,” says Gamble.

The company was also using the latest ‘dry in place’ technology for flood repairs, which eliminates the need to tear out floors, drywall, and cupboards, shrinking the claim cycle from months to weeks. “Not only does that make a big difference to the insurance company, but also to the people that live in that property,” says Gamble. “We preached that sermon around the country for about five years before it really started to catch on. But when it did, almost every insurance carrier began to adopt it. This was really gratifying for us because we felt we were a lonely voice in the wilderness for years.”

Gamble instilled his own value system into the business, focusing on building a strong community culture with an identifiable, shared cause. “We’re a tightknit, collaborative group and our fundamental cause is that we exist to make people’s lives better. If we make a decision that runs counter to that cause, then it doesn’t matter how much more money we’re going to make, we’re missing the goal,” he says.

Finding the right team of franchisees was, and remains, important. Gamble looks for people with strong character, competence, and chemistry. Their competence is measured by their professional accomplishments, and their character by talking to people who have worked with them and looking at how they live their life. Chemistry, on the other hand, is a bit trickier.

“We send prospective franchisees around to our existing franchise operations, and if we get a report card back that has low marks on the relationship side of things then we take that very, very serious,” says Gamble. “A lot of organizations run on character and competence, and don’t view chemistry as being quite as important. But I think that if you fall short on any one of those ‘three Cs’ you will pay for it down the road.”

Today, PuroClean has 38 franchises in Canada spread across seven provinces. It has grown its revenue per location by 300 per cent over the last five years and is now focused on broadening its footprint, particularly in the interior of B.C., northern Ontario, and Quebec.

The COVID-19 pandemic has impacted its operations, with insurance claims down substantially: “Losses normally happen when nobody is at home, and these days, most everybody is home.” But on the flipside, the company’s sanitization services are now in high demand, including the application of antimicrobial treatments that inhibit the survival of the virus on surfaces. The CN Tower, Metrolinx, and several large grocery chains are among its growing list of clients requesting this essential service.

The company also launched a charitable initiative to help sanitize workspaces of frontline workers. Funds have been redirected to communities, along with a request to shortlist places most in need. “It could be food banks, ambulances … Each local operation draws up a list and then we sanitize and apply antimicrobial products free of charge,” explains Gamble.

This charitable venture is in keeping with Gamble’s overall approach to business, and reflects lessons learned during his two years of relief work, especially the importance of helping others. He shares a few words of wisdom on this: “One of the things that serves as fuel for your gas tank is gratitude. People who are ungrateful and feel like victims tend to have a much higher chance of burnout than somebody who has a stronger sense of gratitude. I wanted to fill up my gratitude quotient, and serving others helped with that. It gives me a whole new sense of appreciation.”

At a time like this, that has proved a most valuable lesson.

A Day in the Life: A Time for Transition

Millennials in Franchising: Opportunity in Delay